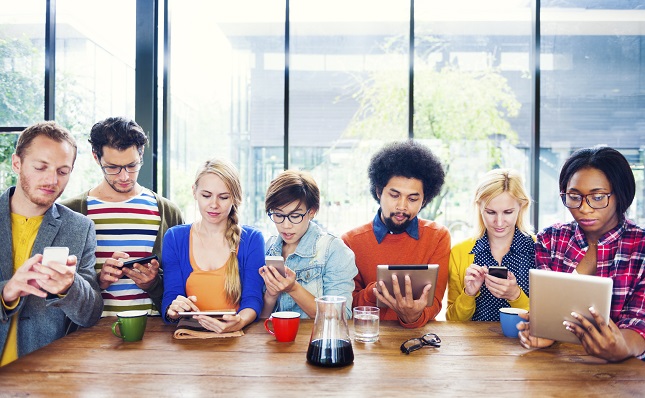 (IDEX Online) – Millennials spent more than $25 billion on diamond jewelry in 2015 in the four largest consumer markets, acquiring more than any other generational group, according to De Beers' Diamond Insight Report 2016 which was published today.

Despite Millennials (those aged 15-34 in 2015) facing more financial challenges than their parents’ generation, they already account for almost half of the total retail value of new diamond jewelry acquired in the four largest markets – the US, China, Japan and India.

In the top four markets, which account for 73 percent of global diamond jewelry demand, the potential Millennial market for diamond jewelry is more than 220 million people. Meanwhile, the Millennial generation is not expected to reach its most affluent life stage for another 10 years, meaning this demographic also represents the diamond sector’s largest growth opportunity.

Millennial consumers also display particular purchasing trends, according to the report. Self-purchasing of diamond jewelry is an important and growing acquisition route among Millennials, with this generation’s self-purchases in the US representing 31 percent of all non-bridal diamond jewelry pieces acquired in 2015. Given the differences from previous generations’ buying behavior, the diamond industry will need to adopt effective strategies for maintaining and growing demand from the Millennial consumer group, De Beers said.

The report also found that:

“Most encouragingly, however, Millennials are still 10 years away from their most affluent life stage and the generation comprises more than 220 million potential diamond consumers in the four main markets. The diamond industry therefore has a major opportunity on the horizon but it will only capitalize on it fully if it continues to innovate and invest across the value chain.”

Perhaps a Tagline Is Not Forever

Keeping It Real and Choosing Authenticity