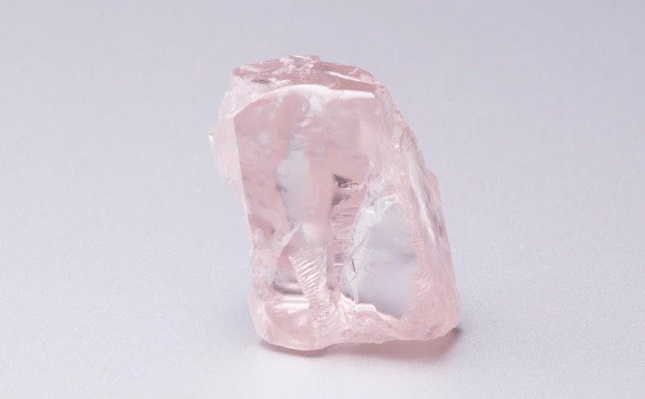 (IDEX Online) – Namakwa Diamonds has announced the discovery and upcoming sale of its latest exceptional find, a 29.59ct fancy pink diamond, named ‘The Rose of KAO’.

The stone was found on June 12 at Namakwa Diamond’s flagship KAO mine in Lesotho. It will be shown and tendered in Antwerp with Bonas-Couzyn NV during KAO's fourth sale of the year KAO-1804 during September/October.

Namakwa Diamonds owns and operates the KAO mine, through Storm Mountain Diamonds, which is known for its pink and fancy colored diamonds. The Rose came from the same geological domain as the 36.06ct ‘Pink Storm’ recovered in December 2013 and sold in January 2014.

Namakwa Diamonds added that the KAO mine also engages with the local community through supporting various initiatives, including the construction of educational facilities, water and sanitation infrastructure and the provision of food and blankets.