Gemfields – on Target to Reach Annual Targets For Emeralds and Rubies 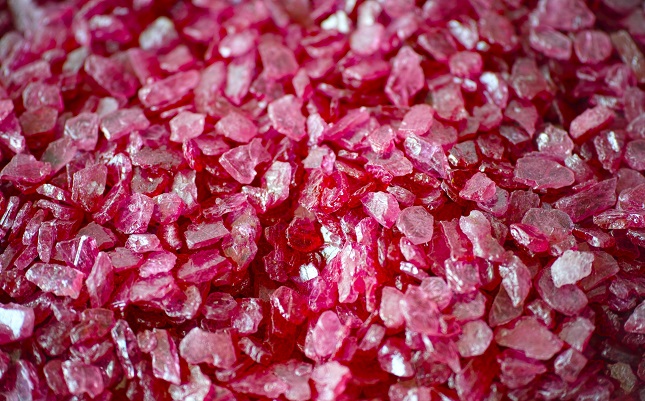 (IDEX Online) – Work on new projects continues and plans remain on schedule to meet an annual target production of 40 million carats of rough emeralds and 20 million carats of rough rubies within the next three years, gemstones miner Gemfields reported in an operational update for the quarter ending September 30, the first quarter of its 2017 financial year.

Total operating costs were $10.2 million versus $11.4 million in the year-earlier quarter.

Gemfields' next mixed quality auction of rough rubies extracted from Montepuez is expected to take place in December 2016 in Singapore.

Gemfields reported that its September 2016 auction of predominantly higher quality rough amethysts held in Singapore generated revenues of $400,000 which was the second highest average realized price of 3.73 US cents per carat ever achieved at a Gemfields' amethyst auction.

Ian Harebottle, CEO of Gemfields, commented: "This has been a positive quarter with Montepuez continuing to generate strong results. The increased processing capacity and efficiency has seen us achieve exceptional production results.

"At Kagem, production remains consistent and operating costs saw a reduction on the corresponding period last year. In addition, I am pleased to report the quarter saw the completion of two new exciting community projects in the form of new Chapula high school and Nkana Health Clinic. These new facilities have been incredibly well received and the local communities are already reaping the rewards. This achievement is as a strong endorsement of the Company's CSR strategy that seeks to engage local stakeholders to conceive and co-develop projects that will have a long-lasting and positive impact in our local neighborhoods.

"Thanks to the full global launch of our new integrated marketing campaign, demand for our colored gemstones continues to rise, ensuring that achievable prices generate robust auction results."

Rise in Fiscal Year Revenues For Gemfields as Profits Jump