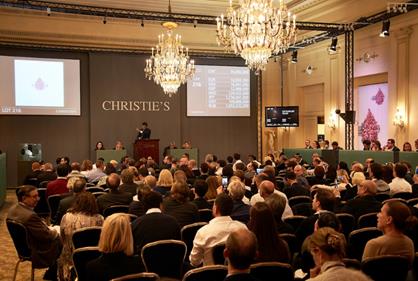 (IDEX Online) – Christie's concluded its 250th anniversary season in Geneva with The Magnificent Jewels sale which generated sales of $97,117,588.

The third piece made by the house – another pair of earrings with the main D-color flawless diamonds weighing 11 carats each - will be sold in Hong Kong on November 29.

Another highlight was an Art Déco ruby and diamond bracelet by Van Cleef & Arpels which sold for $1,294,857, four times its pre-sale estimate

Overall 35 lots sold for more than $1 million throughout 2016 with the top three lots being: