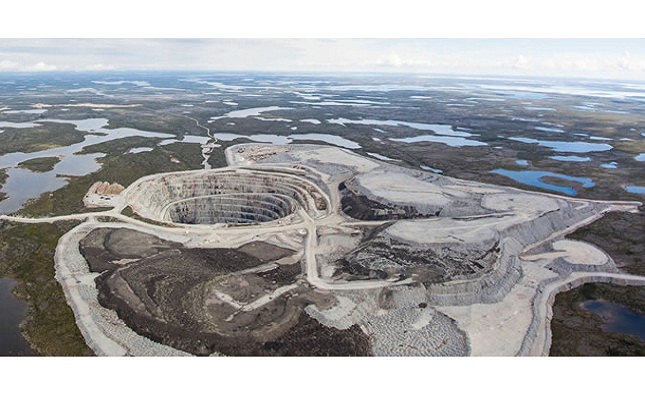 (IDEX Online) – Dominion Diamond Corp said that its participating interest in the Buffer Zone Joint Venture at the Ekati Diamond Mine has increased from 65.3 percent to 72.0 percent, effective from February 1, in accordance with the joint venture agreement relating to the Buffer Zone.

The increase in ownership results from the decision of the minority partner not to participate in the full fiscal year 2017 capital program for the Buffer Zone Joint Venture. The company has funded those elements of the program that were not funded by the minority partner.

The Buffer Zone Joint Venture contains 106 mining leases covering 89,184 hectares, and includes the Jay and Lynx kimberlite pipes. On July 6, the company released the results of a positive feasibility study on the Jay project.

As Promised, Dominion Rehiring Workers Laid Off After Ekati Blaze