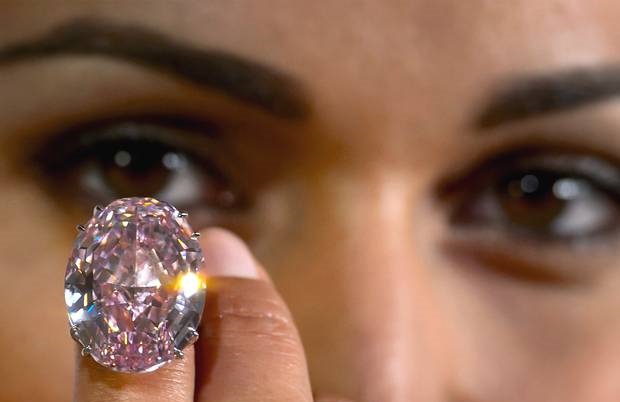 Ironically, the record price paid was about $12 million below the $83 million offer Sotheby’s received for it in 2013. The sale collapsed because New York diamond-cutter Isaac Wolf defaulted, leading the auction house to take back the stone.

The Pink Star was said by Sotheby's before the sale to have an estimated value of more than $60 million. It’s the largest internally flawless diamond of its kind that the Gemological Institute of America said it has ever graded.