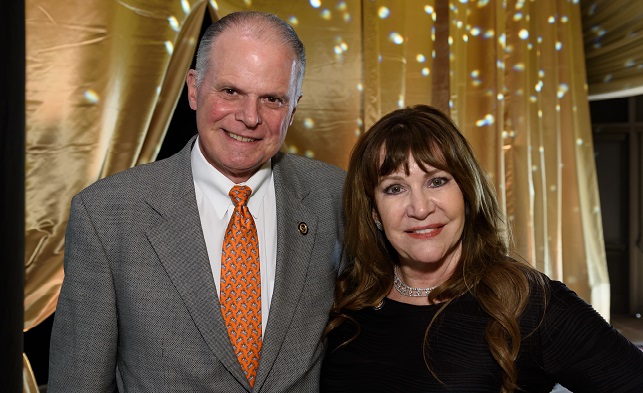 She received the award at the AGS annual Conclave in Hollywood, CA., based on her commitment to the jewelry industry, and because of her outstanding service and dedication to the American Gem Society.

“Cathy is an icon in our industry. She’s contributed her time, energy and incredible ideas to the American Gem Society and other important jewelry organizations—and she has done all of it without compensation as a volunteer,” said Fred Weber, Chair of the committee responsible for selecting the Shipley winner.

“AGS is fortunate to enjoy a culture of dedicated members, and Cathy is a perfect example. She’s made a positive impact in all of her endeavors for her community and the jewelry industry, and has truly earned the Shipley award.”

Calhoun served on the AGS Board of Directors for many years and was the president from 2010 to 2012. She was instrumental in the American Gem Society buying the remaining investor shares of AGS Laboratories in 2012.

In 2014, Calhoun was awarded the first-ever Sallie Morton Award at the San Diego Conclave. She was honored for her vision and hard work in helping the AGS grow the Guilds.

The Keystone Guild, of which she served as president, was a blueprint for emerging Guilds across the U.S. Her service to the industry is extensive. In 2008, Calhoun was named the Pennsylvania Jeweler of the Year. She currently serves on the Board of Directors for the Jewelers Mutual Insurance Company as Chair of the Investment Committee, and on the Boards of Jewelers for Children, Diamond Empowerment Fund and Jewelers of America.

The AGS also presented awards to:

Cincinnati Guild – Presented with Guild of the Year Award

Pictured above: Cathy Calhoun with Clayton Bromberg who presented her with the award.