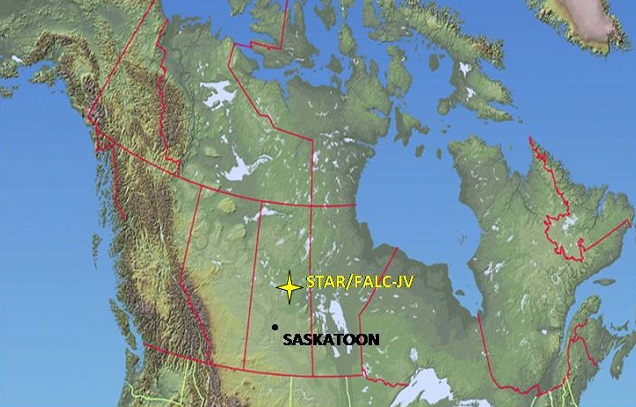 (IDEX Online) – Diversified mining giant Rio Tinto has signed an option agreement which could potentially make it the majority owner of the Star-Orion South Diamond Project near Prince Albert in Canada that has been developed for many years Shore Gold Inc.

A feasibility study released by Shore Gold in 2011 cited a potential mine life of 20 years.

The company needs environmental approval from the provincial government for the mine which is based in Saskatchewan which does not have any diamond operations.

The agreement calls for Rio Tinto over the period of three years to spend $18.5 million on drilling and the pulling of a bulk sample before it can move on to receive the option of becoming a joint-venture partner and eventually owning 60 percent of the project.

It is not clear, however, how long it would take to bring the project to production.

A report by Shore Gold from two years ago said there are 55.4 million carats of rough diamonds at the resource which have an average price per carat of $210. Meanwhile, inferred resources, which are assumed to be present but not yet proven would provide a further 11.5 million carats.