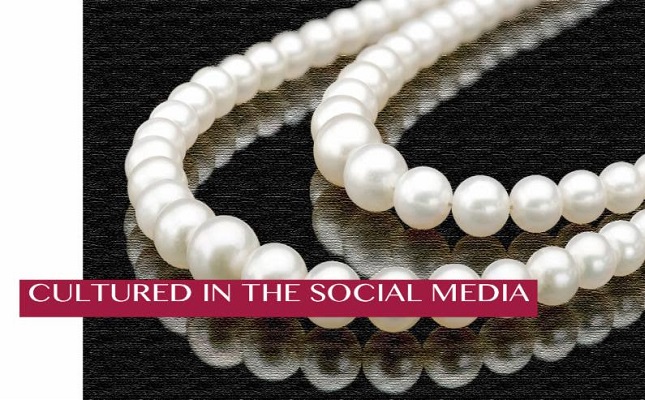 (IDEX Online) – With fewer than three weeks to go to the opening of the 2017 CIBJO Congress in Bangkok, Thailand, on November 5, 2017, the seventh of the CIBJO commissions' Special Reports has been released.

Prepared by Kenneth Scarratt, President of the organization's Pearl Commission, the report highlights a worrying trend that is largely evident in the social media, whereby marketers are implying, and sometimes stating directly, that cultured pearls are natural.

Typically, Scarratt said, this deceptive practice is being carried out by the perpetrators choosing to use omit the word "cultured" to describe the product, but, in the case of colored freshwater pearls, they are sometimes being described as "natural pearls."

"When challenged, the individuals making such incorrect statements admit that what they are referring to is the 'natural color' of these cultured pearls, rather than their growth origin. However, this hardly excuses the unprofessional marketing tactics being employed. It seems that ignorance - and I write this in the truest sense of its meaning - abounds within certain segments of the cultured pearl sales community," Scarratt writes.

"The maxim seems to be 'find and use the best wording that sells the product' and pay little attention to whether or not such statements are deceptive," he adds.

The Pearl Commission Special Report also describes a new initiative taken by the government of Bahrain to grant limited pearl fishing licenses to underwater divers, and discusses a pink cultured pearl being produced in Japan that uses a coral bead as a substrate for nacre growth.