(IDEX Online News) – There was a small rise in the IDEX polished diamond price index during December following a flat performance in November. 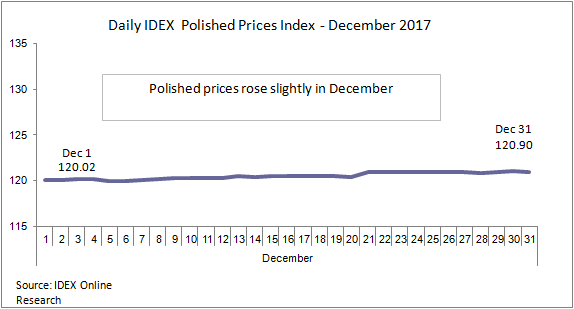 Polished diamond prices have declined since the middle of last year, although there has been a very slight increase in recent months. Nonetheless, the index is at one of its lowest points for more than three years as the graph below illustrates.

The graph of polished diamond prices since January 2014 shows an 8.6-percent decline to-date.

On a month-to-month basis, global polished diamond prices in December saw an increase of 0.7 percent over November. 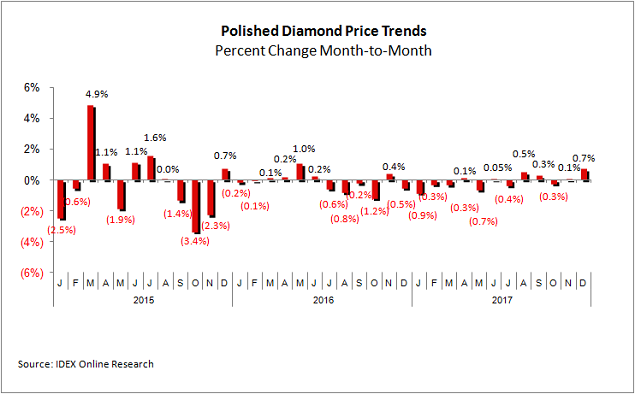 On a year-over-year basis, the average price in December showed a 1.1-percent decrease. 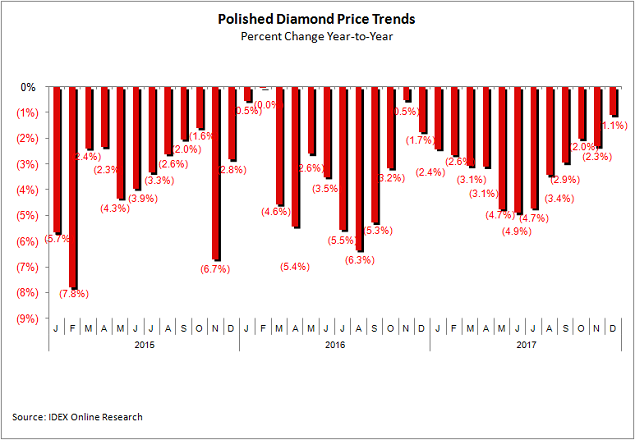 On a month-to-month basis – comparing prices during December 2017 to November 2017 – there were five rising categories and one decliner as seen in the graph below. 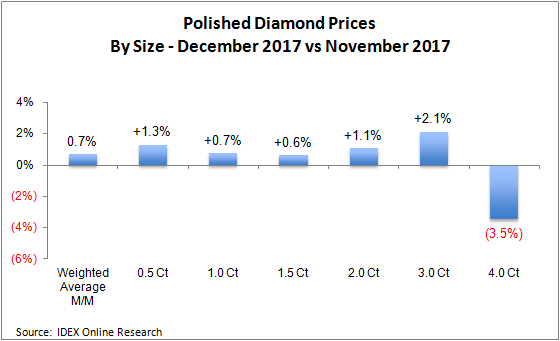 On a year-over-year basis, there were four decliners and two risers – the 2.0-carat and 3.0 carat categories – as can be seen in the graph below. 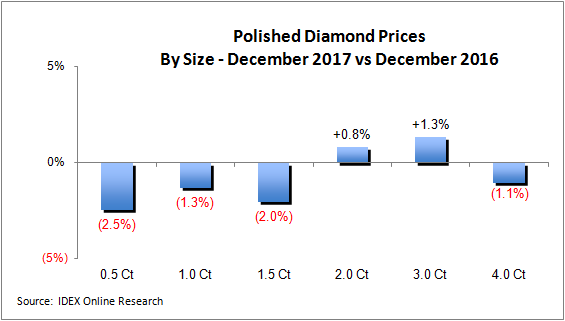 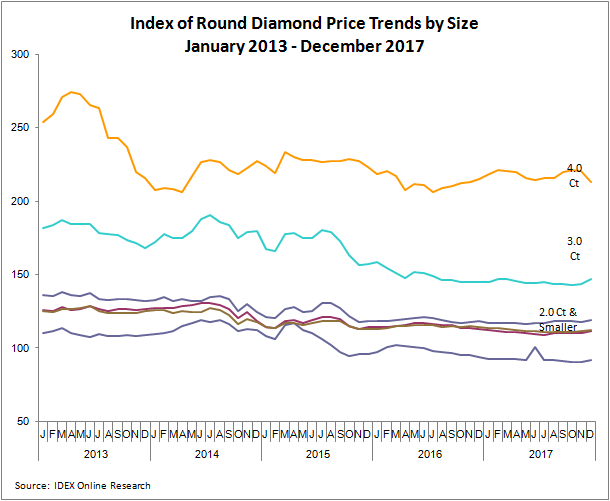 Sentiment in the diamond centers was generally positive in the global diamond centers, with diamantaires looking forward to strong holiday sales and the Chinese New Year sales period.

Sales were strong in the United States, the largest diamond jewelry market in the world. Mastercard SpendingPulse reported that holiday jewelry sales in the November-December period jumped 5.9 percent on the year, boosted by late sales.