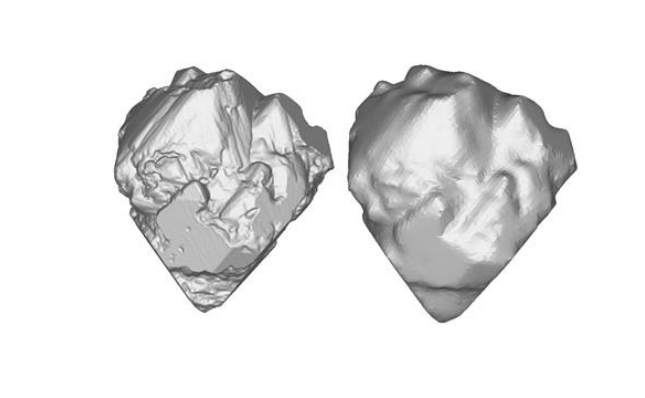 (IDEX Online) – Sarine has introduced what it calls an added-value upgrade for existing or new DiaExpert platforms – the DiaExpert Edge – for increased rough diamond planning accuracy, efficiency and yield.

"The very first step necessary for a rough diamond's automated evaluation and planning is its accurate three-dimensional modeling. As a rough diamond is not a smooth uniform object, but is rife with convex and concave surfaces, various technical solutions are applied to capture the stone's complex surface geometry, as accurately as possible. Until today, the primary technologies applied were silhouette illumination (for capturing convex features) and laser mapping (for capturing concave features).

"The limitations of these technologies' accuracy have always dictated the application of relatively large safety buffers during the planning process to prevent planning a stone, which would either be completely undoable in reality or leave even minute natural rough surface features on the polished stone (so called "naturals"), which significantly impair a polished stone's appearance and value. The current technologies' limitations also often dictate time-consuming manual intervention in the modeling (to increase the standard safety buffers in difficult areas), the necessity to re-model after primary cutting before actual polishing can commence, and may have other negative impacts on the accurate integration of the modeling and planning processes with the pre-requisite Galaxy inclusion mapping or subsequent laser sawing and cutting processes."

"The new DiaExpert Edge, which can be retrofitted on the 10,000 odd existing platforms (realistic addressable market probably several thousand systems), and will be optional on new ones, at an expected ASP of around $6,000, uses advanced LED technology to achieve radically more accurate modeling, capturing even the most minute surface features and texture with incredible precision and clarity."

The results can be seen in the images above and below. 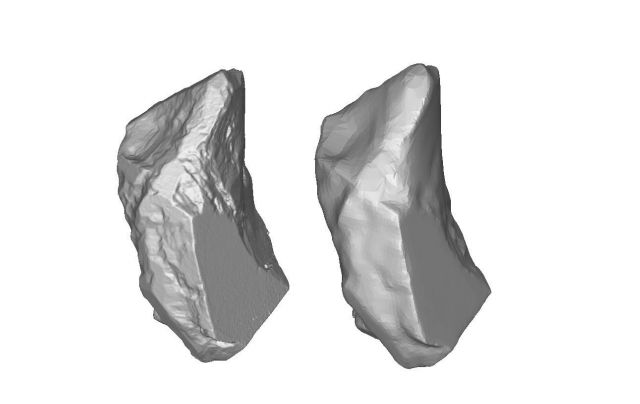