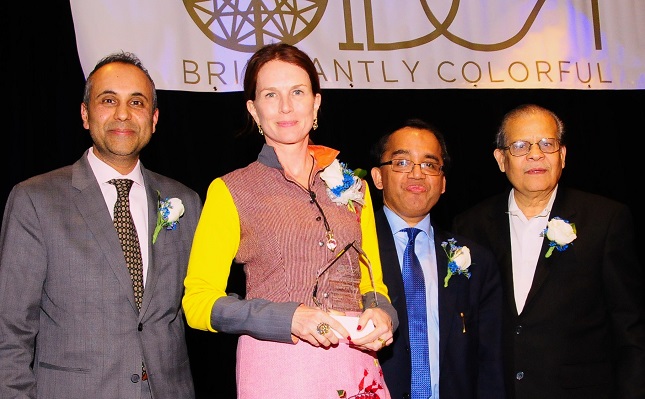 Temple St. Clair said she was overwhelmed by the honor. She recounted how 30 years ago she travelled throughout India and was inspired by the art, architecture and antiques, which became the starting point of her design journey.

Benjamin Guttery, of Third Coast Gems, spoke at the event, and shared with the audience his passion for his work.