(IDEX Online News) – There was an increase in the IDEX polished diamond price index during January following a slight rise in December. 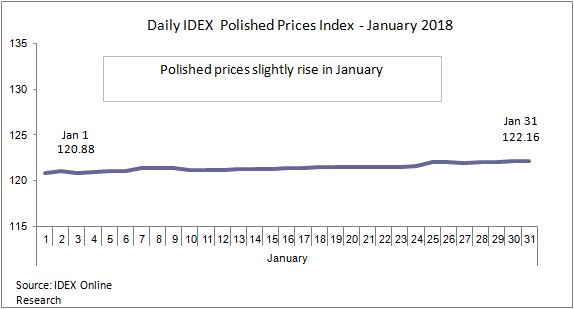 Polished diamond prices have drifted for the past 18 months, although there has been a very slight increase in recent months.

The graph of polished diamond prices since January 2014 shows an 8.5-percent decline to-date.

On a month-to-month basis, global polished diamond prices in January saw a rise of 0.8 percent over December. 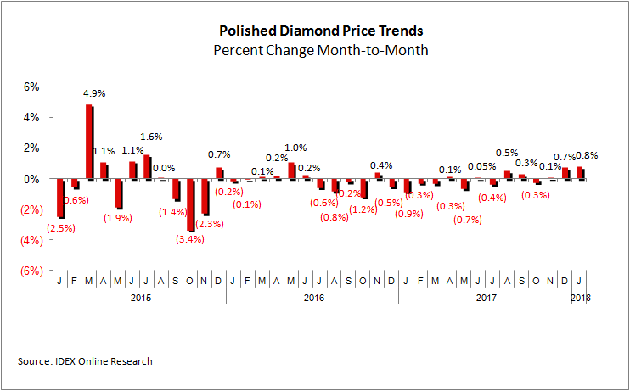 On a year-over-year basis, the average price in January showed a 0.5-percent increase. 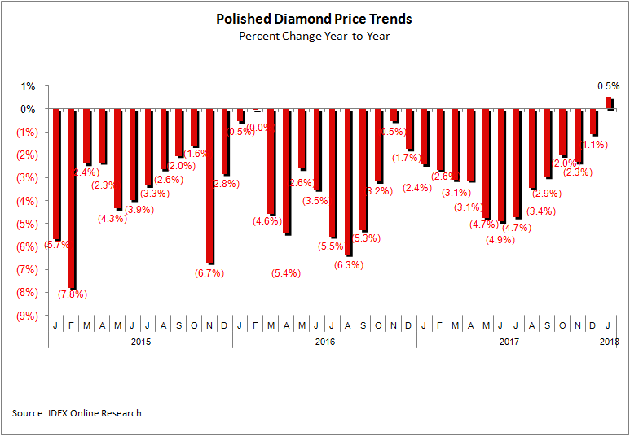 On a month-to-month basis – comparing prices during January 2018 to December 2017 – there were four rising categories and one decliner as seen in the graph below.

On a year-over-year basis, there were two decliners and four risers as can be seen in the graph below. 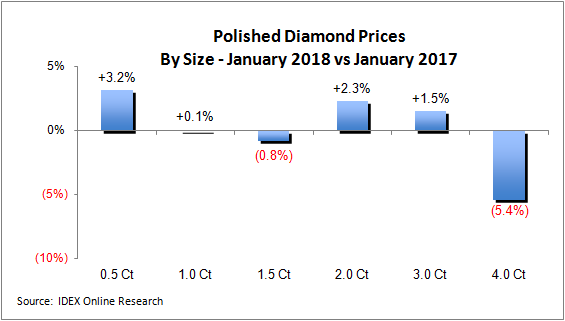 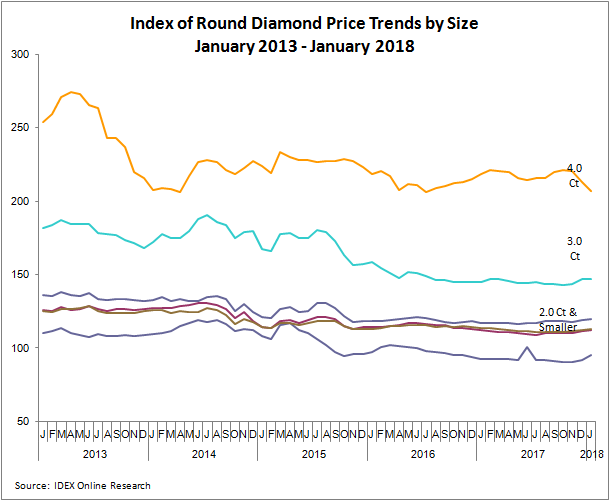 There are solid expectations for the Year of the Dog in China as regional jewelry players report good results. And in the United States, with Valentine's Day approaching, retailers are re-filling.