(IDEX Online News) – There was a slight rise in the IDEX polished diamond price index during February following a small increase in January. 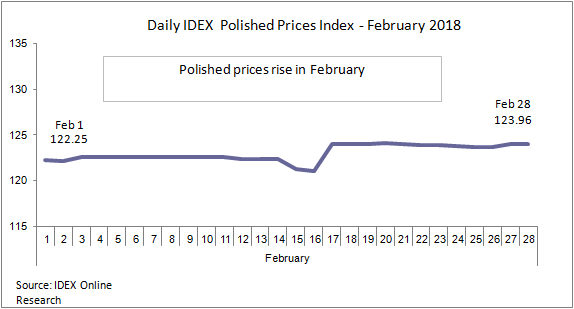 Polished diamond prices have drifted for the past 18 months, although there has been a slight increase in recent months.

The graph of polished diamond prices since January 2014 shows a 6.7-percent decline to-date.

On a month-to-month basis, global polished diamond prices in February saw a rise of 1.3 percent over January. 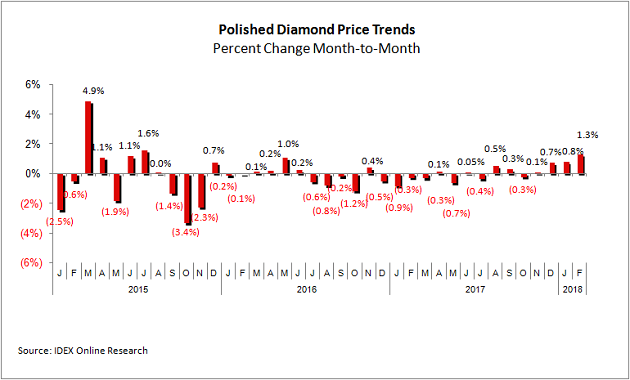 On a year-over-year basis, the average price in February showed a 2.1-percent increase. 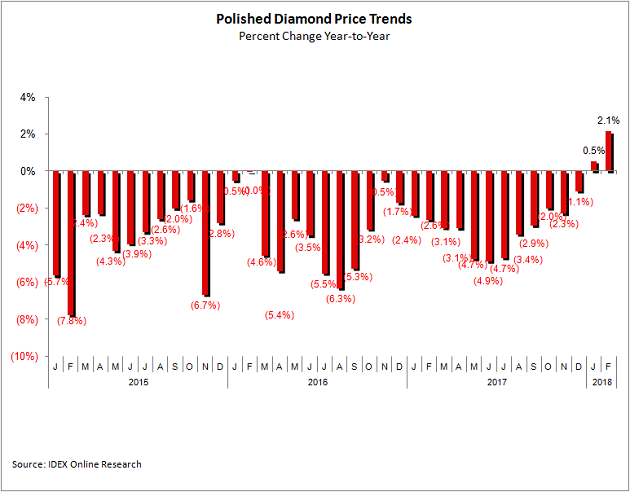 On a month-to-month basis – comparing prices during February to January 2018 – there were five rising categories and one decliner as seen in the graph below. 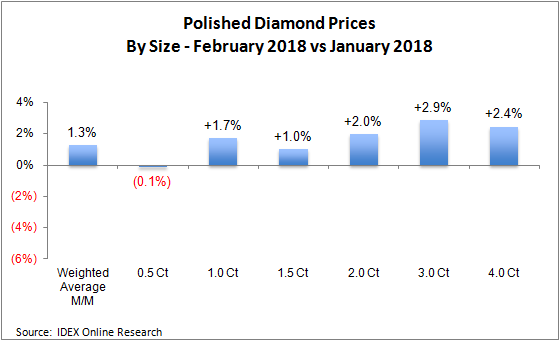 On a year-over-year basis, there was just one decliner and five risers as can be seen in the graph below. 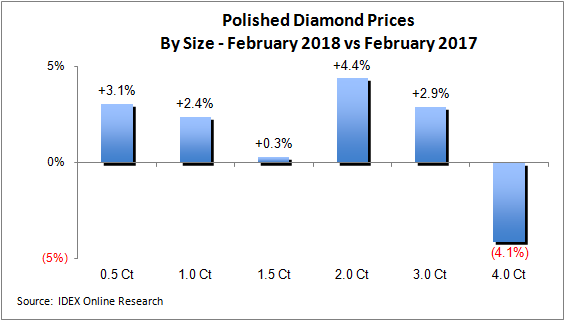 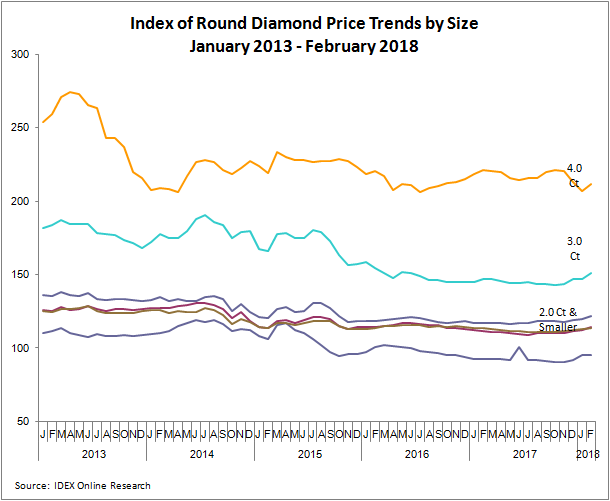