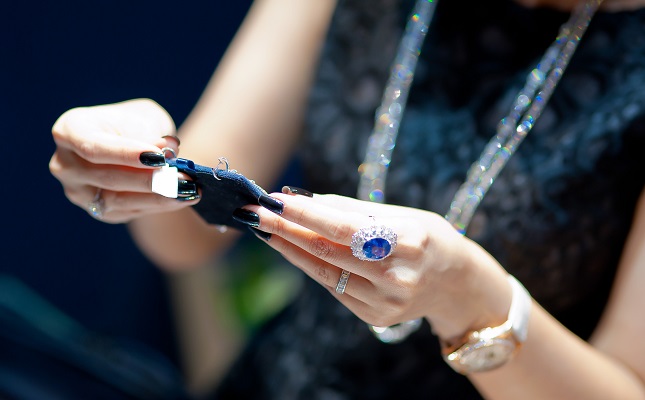 (IDEX Online) – In Q1 2018, sales of jewelry set with polished diamonds in the main global consumer markets grew by 7% on the year, according to an analysis conducted by ALROSA based on the data of retailers and the states' national statistics.

Sales of diamond jewelry in the USA and Canada increased by 5% on the first quarter of last year. The North American market accounts for 53% of total global sales.

Sales in the Asia-Pacific Region grew by 11%, due to growth in Mainland China as well as rising demand in Hong Kong and South Korea, driven by increased tourist numbers. In 2017, the Asia-Pacific markets accounted for 20% of global consumption of jewelry set with polished diamonds.

Sales in the Indian market were stable in the first quarter. There were lower sales in small chains and independent jewelry shops, while large jewelry chains showed growth.
In Europe, sales in dollar terms increased by 14%, mostly due to the positive effect of the strengthening euro.

Sales of jewelry set with polished diamonds in Japan grew by 7% and jewelry sales see stable demand. Moreover, sales were positively influenced by the weakening of the yen against the Chinese yuan, which provided for growing tourist demand.

On the whole, the worldwide luxury market has demonstrated 13% growth in the first quarter of the year. The biggest growth in this segment has been noted in Asia-Pacific Region countries (by 20%) and in Europe (by 18%), ALROSA added.