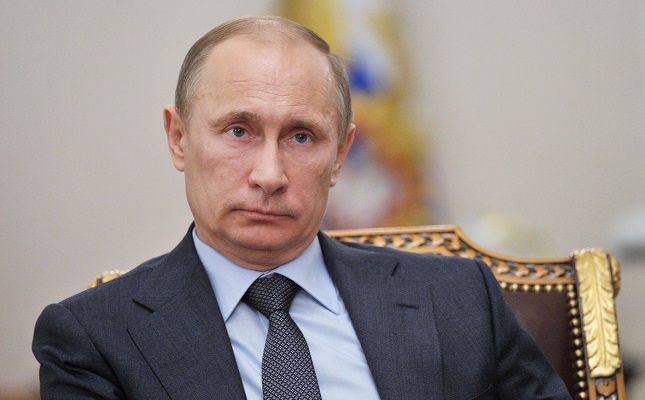 (IDEX Online) – Vladimir Putin, the President of the Russian Federation, and Anton Siluanov, the First Deputy Prime Minister and the Minister of Finance, took part in the official ceremony dedicated to start of mining operations at the Verkhne-Munskoye diamond field in Yakutia.

The new diamond field will operate for at least 20 years, ensuring reliable diamond production and providing work for local residents, the miner said.

The first industrial explosion at the facility was set off by Aysen Nikolaev, the Head of the Sakha Republic (Yakutia), and Sergey Ivanov, Chief Executive Officer of ALROSA Group.

Preparations for mining operations at Verkhne-Munskoye started in 2015 and lasted for three years.

Verkhne-Munskoye is about 170 kilometers from the existing infrastructure facilities (processing plant) of Udachny Mining and Processing Division (MPD). Construction of a new processing plant on site would make the project unprofitable, so, one of the key stages of the preparations for mining operations was the construction of a service lane that connected Verkhne-Munskoye field with Udachny MPD facilities.

Verkhne-Munskoye is the largest investment project of the ALROSA Group. Investment has reached about 16 billion rubles, and the total estimated investment amount for the whole period of the field development is thought to be about 60 billion rubles (including its maintenance capex till 2042).

Verkhne-Munskoye will produce about 1.8 million carats of diamonds a year.

Sergey Ivanov, CEO of ALROSA, said: "The start of mining operations at Verkhne-Munskoye is a great event for our company and our northern industry-based towns. Verkhne-Munskoye field will compensate the decrease in production at other facilities, in particular, it will replace the retired capacities of Mir. Thanks in no small part to this project, ALROSA Group will be able to increase its production volume next year. The reserves of the field will provide additional work load for Processing plant No. 12 of Udachny MPD and ensure its continuous work and stability in life of almost 12 thousand residents of Udachny."

The project will provide more than 800 new positions for local residents.

"In accordance with the environmental strategy of ALROSA aimed at the protection and maintaining the integrity of existing natural ecosystems, some peculiarities of Yakutia fauna were taken into consideration in the design of the service lane (road) from the field to Udachny. The company constantly monitors reindeers' migration in the area of operations performed by Udachny MPD to maintain their population level in the area of commercial diamond production and protect the traditional way of life of low-numbered peoples of the north. On the basis of the monitoring results obtained in past years, the design of the service lane to Verkhne-Munskoye field provides five crossings to ensure trouble free migration of animals. Thanks to the GPS-tracking system used to monitor reindeers, all the equipment can be stopped before a herd starts crossing the road."