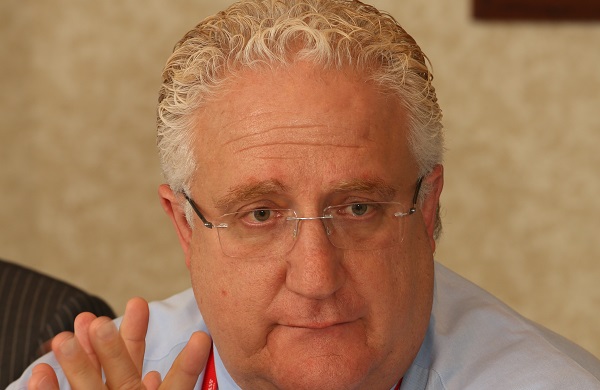 (IDEX Online) – International Diamond Manufacturers Association (IDMA) President Ronnie VanderLinden said that during the 38th World Diamond Congress that was held in Mumbai last week the changing landscape of diamond manufacturing was at the heart of the members' discussions.

"We need to recognize that we have lost a significant number of factories, especially in the smaller diamond centers, and that apart from in India, in most Asian and African countries, diamond manufacturing is dwindling," he noted.

"In Armenia, Namibia, South Africa, Russia, Sri Lanka and Thailand, diamond manufacturing is on the wane and many factories have consolidated or closed. Even in China, not too long ago a diamond manufacturing nation that at the height of production employed more than 40,000 cutters, the number of cutters is now down to less than 5,000. This is, of course, having a profound impact on our membership and this year, several of our members have indicated they do not have the wherewithal to continue their IDMA membership," VanderLinden added.

VanderLinden said that with the changes in the diamond manufacturing sector's landscape, as well as due to the many other challenges the diamond industry is facing, the time may have come for the diamond trade to unite under a single header and speak with a single voice on behalf of its members. "We started speaking with our colleagues in the WFDB many years ago, but at this congress, we have made significant progress toward this goal."

VanderLinden recalled that in the USA a few years ago, 16 diamond, gem and jewelry organizations and associations had come together under the United States Jewelry Council (USJC). This enabled the U.S. industry to speak with one voice when representing and fighting for the interests of the industry at large. He argued that there's no reason not to do the same in the global diamond industry.

"Clearly, the health of the entire industry depends on the health of the middle market, which plays an important and indispensable role in the entire supply chain We also recognize that IDMA and WFDB share more things in common than we have differences. As such, the industry's current, difficult environment requires a more united and coordinated effort and approach, especially when we consider pressing issues like the search for new, alternative financing partners and the many reputational issues we are facing."

At the conclusion of the two-day marathon deliberations, IDMA said its representatives met with the WFDB President Ernie Blom and members of the WFDB Executive Committee, presenting a proposal. This one-page document was received favorably and therefore will serve as a platform for further discussions.

Mbetse replaces Phillippe Roolant of the Thai Diamond Manufacturing Association, who resigned as IDMA VP for personal reasons. Schamroth replaces Kim Lanny, former president of the Botswana Diamond Manufacturing Association (BDMA), who exited the diamond industry earlier this year. VanderLinden thanked both colleagues for their many years of service to the industry and said that they will be missed.