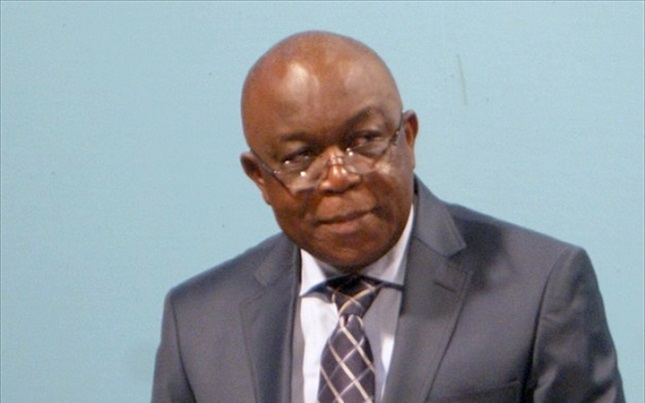 (IDEX Online) – The Central African Republic's (CAR) Minister of Mines and Geology, Leopold Mboli Fatran (pictured above), has appealed to international diamond mining and trading companies to engage in responsible sourcing in the country together with the CAR.

It is the intent of the CAR government to look for partners for structural reform of its artisanal mining sector to revive the normalization of its diamond trade and to combat illicit activities and smuggling. At the same time, these partners for the future should engage in capacity building projects for the benefit of CAR’s youth, the Ministry of Mines and Geology said in a statement.

All zones which CAR asks to acknowledge compliance of are fulfilling the procedures as per the administrative decision and the Operational Framework, the statement said. In particular, the following conditions are met:

"The decision taken at the KP Intersessional in June to reduce export timings to 7 days was very welcome. At the same time it has not yet resulted in an increase in production as the months of July and August are the peak of the rainy season and artisanal activity is at its lowest point."

Peter Meeus, Special Advisor (Diamonds) to President Faustin-Archange Touadéra, and Leopold Mboli Fatran, said: “CAR would welcome a formal Administrative decision on the 7-day approval process by the CAR MT, as agreed upon at the KP Intersessional in June as we believe a formalization of this decision is essential for the way forward and to get good international companies engaging in artisanal and alluvial mining in the country.

“Actors in the field have also brought up that in the competition with the illicit trade, they are facing several disadvantages. More specifically, the fact that they can only export once a month is a big burden. They have requested that the 7-day approval process be formalized and that they could export every fifteen (15) days a certain volume of diamonds from the CAR.”