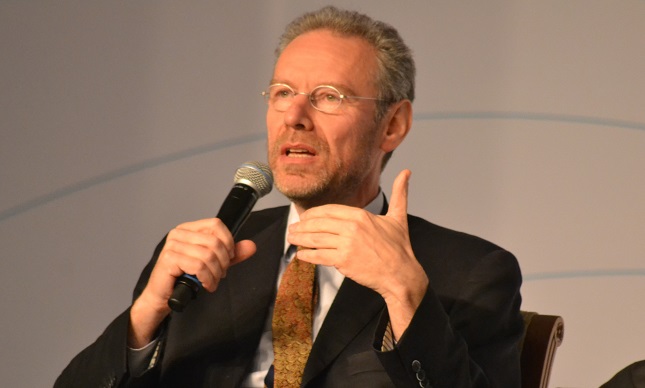 Mr. Fischler spoke on behalf of the diamond and jewelry industries in the session entitled "From blood diamonds to peace diamonds: conflict prevention through the Kimberley Process," and specifically addressed the topic of the KP as both a conflict prevention tool and a facilitator of sustainable development, good governance and transparency.

The session was being hosted by the European Union and was attended by both the 2019 Chair of the Kimberley Process, Alok Chaturvedi of India, and the 2018 KP Chair, Hilde Hardeman of the European Commission, as well as by representatives of government, industry, civil society and academia.

Mr. Fischler stated that the Kimberley Process must galvanize its absolute commitment to its conflict-prevention mission. This requires the expansion of the definition of "conflict diamonds" to cover all forms of systemic violence, including those carried out by state and private security forces. A proposal to this effect was put forward by the Government of Canada at last November's KP Plenary Meeting in Brussels and was supported by both the industry and civil society participants in the tripartite forum. The WDC President call on the KP to achieve consensus on the issue before the end of the year.

Meanwhile, the World Diamond Council is already conducting reforms of its own, to enable at the industry-level the type of progress it is advocating for the KP. These include a revised System of Warranties, tracking both rough and polished diamonds all the way to the jewelry retailer, which now expressly reference human rights and strict labor practices, and also support the OECD Due Diligence Guidelines for Minerals from High-Risk Areas

WDC Concerned About Pace of Reform During 2018 KP Plenary