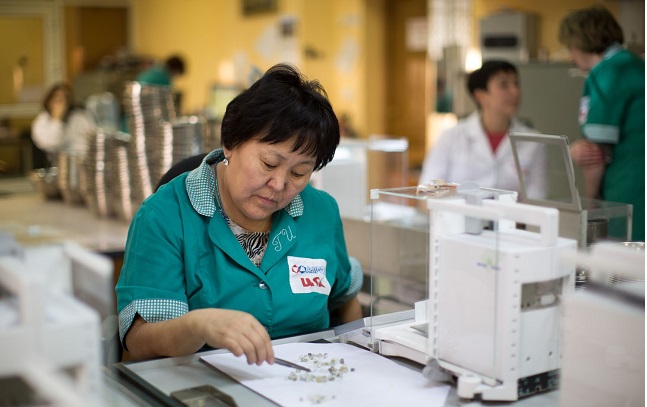 Two veteran members of Alrosa's Executive Committee will be leaving Alrosa: Deputy CEO Yury Okoemov and Alexander Matveev, the head of Alrosa's legal department. The miner also announced two new appointments. Sergey Imangulov was appointed the company's chief ore enrichment specialist, and Alla Popova will take up the position of director of Alrosa's personnel training center. Earlier this month, Alexander Terentiev, advisor to the CEO and the head of Alrosa's office in Yakutsk left the company. To take up the position of First Deputy Head of the Committee for Precious Metals and Precious Stones of Yakutia.

In a statement, Alrosa said Okoemov and Matveev left "by mutual agreement." The Finance minister of the Russian Federation commended both "for their significant contribution to the development of the diamond industry and for many years of conscientious work."

Following Terentiev's departure, Alrosa's representative office in Yakutsk will be closed "to eliminate duplication of functions and excessive document flow." Instead, the company "plans to create a Department for Government Relations," which will resort under Alrosa's Deputy CEO, Alexey Dyachkovsky.

Sergey Ivanov commented: "For many years of work in the company, Yury Okoemov, Alexander Matveev and Alexander Terentiev have shown themselves to be true professionals, who contributed a lot to the company's leading position in the global market, helped to strengthen its reputation and protect interests in the legal field. They won recognition and sincere respect of colleagues, as well as customers and partners of the company. On behalf of the whole ALROSA team and on my own behalf, I would like to thank them for their dedicated work and contribution to the development of our company and the entire diamond industry. And, of course, I would like to wish them every success in the future."