Alrosa Discovers Diamond Within a Diamond 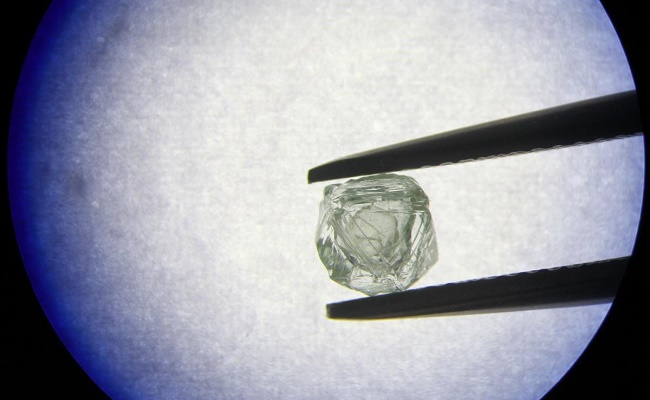 (IDEX Online) - Everyone may look for the big diamond finds, but sometimes big things come in small packages. At least, that's the case with an unusual "diamond within a diamond" found at Alrosa's Nyurba mining and processing division in Yakutia.

Experts believe that the stone, which resembles a traditional Russian Matryoshka doll, is the first diamond of its type ever found and may be over 800 million years old.

The diamond was discovered during a sorting process at the Yakutsk Diamond Trade Enterprise and handed over to experts at Alrosa's Research and Development Geologic Enterprise.

After investigating the stone, the experts concluded that the internal diamond formed first with the external stone forming during a subsequent stage of growth. However, they don't exactly understand how it happened.

One hypothesis is that a mantle mineral captured a diamond during its growth, and later it was dissolved in the earth's surface.

The second idea is that a layer of porous polycrystalline diamond substance was formed inside the diamond because of ultra-fast growth, and more aggressive mantle processes subsequently dissolved it. Due to the dissolved zone, one diamond began to move freely inside another, like a nesting doll.