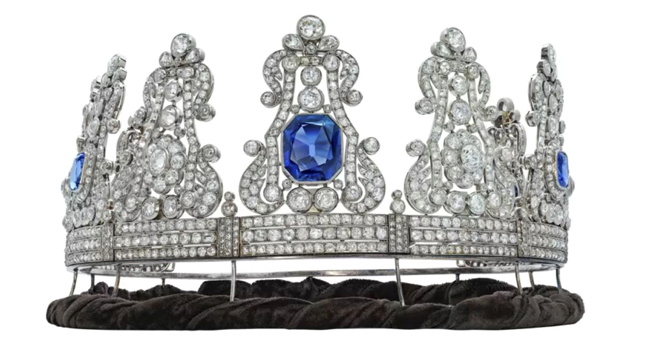 (IDEX Online) - Imperial sapphires and diamonds that belonged to Emperor Napoleon's adoptive daughter are to be auctioned by Christie's Geneva.

Nine pieces, including a tiara, a collier, a pair of earrings, two pendants and brooches as well as one ring and one bracelet will be offered as individual lots.

They were owned by Stephanie de Beauharnais, Grand Duchess of Baden, and include 38 sapphires, many from what was then Ceylon.

One of the highlights of the collection is a sapphire crown of Maria II Queen of Portugal (pictured), set with a remarkable Burmese sapphire in the centre, which has an estimate of $180,000 to $370,000.