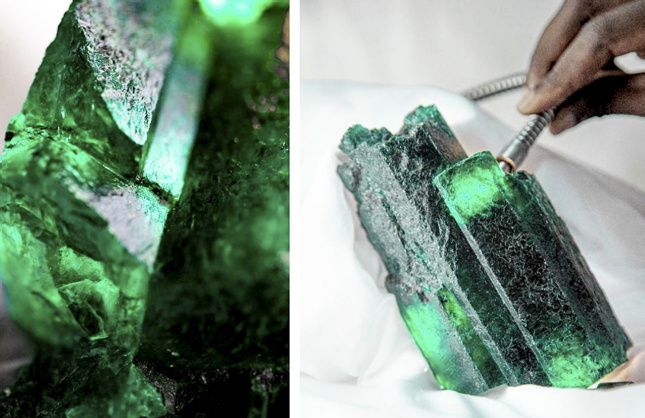 (IDEX Online) - One of the world's largest emeralds - weighing 7,525 carats - has been recovered in Zambia.

London-based miner Gemfields, which recovered the gemstone, says no official record exists, but finds over 1,000 carats are considered "extremely unusual".

Gemfields said in a statement: "Chipembele formed under near perfect conditions, allowing the combination of the elements to crystalise into large, distinct hexagonal crystal structures with glassy surfaces.

"This remarkable gem is due to be sold at the next Gemfields emerald auctionâ€¦The winning bidder for Chipembele will be given the option of a unique DNA nano-tag identity, developed by GÃ¼belin, ensuring that the cut and polished gems that it yields can be identified and certified as having originated from this extraordinary gemstone."