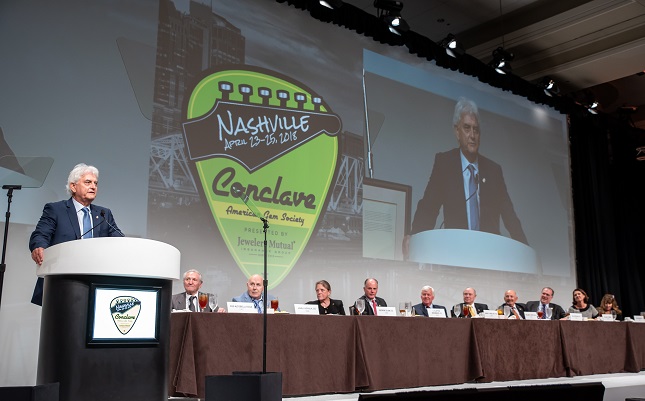 Hucker was presented with the award at the Society’s annual Conclave in Nashville, TN.

Hucker received the award based on his commitment to the jewelry industry and because of his friendship and service toward the Society over the years.

“I cannot imagine a more worthy recipient of the Shipley award,” said Mark Moeller, former chair of the American Gem Society Board of Directors. Moeller gave the award to Hucker during the Robert M. Shipley Award Luncheon. “Doug was my instructor at GIA and was instrumental in convincing me to come to Los Angeles and meet Al Woodill. Doug has given of himself and his expertise to AGS members for decades.”

AGTA GemFair, US Antique Shows to Exhibit Together in Las Vegas