Retail Jewelry Prices Down; Demand Down – Where’s The Logic? 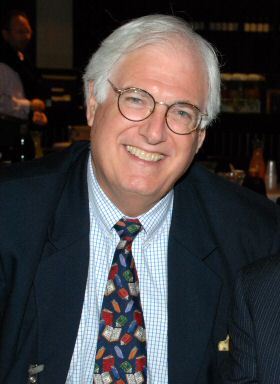 Recently, however, those “50% Off” signs have been replaced with “Up to 70% Off” signs, but there is no increase in customer traffic. In fact, retail jewelry prices have been dropping since late 2013; simultaneously, demand has continued to weaken. Worse, our sample of jewelry merchants indicates that there is no end in sight: fewer customers and smaller average tickets are hurting industry sales.

What is going on? We’ve all heard the “big picture” explanation. First, Baby Boomers — older, wealthier consumers — aren’t buying jewelry at the same rate as prior generations. Second, Millennials — a young, largely wealthy demographic group – are delaying marriage. Even when they get married, they aren’t buying the traditional diamond engagement ring, opting often for something more fashionable and less expensive. In addition, Millennials don’t want “stuff;’ they want “experiences.” De Beers research has shown that the travel industry, which offers a “travel experience,” is the diamond market’s main competition.

The primary reason jewelers have lost pricing power – the ability to raise prices – is that they have also lost pricing credibility. Retailers’ signs of “50% Off” every day does not resonate with shoppers who see the same promotions day after day at the mall. When shoppers don’t know what they should pay for jewelry, they don’t buy it, often out of skepticism, fear, and distrust of the retail merchant. We call this “pricing roulette” and merchants always lose the game. Second, most jewelry is unbranded, so shoppers really don’t know anything about the perceived quality of the goods, especially in a market where the product is discretionary, consumers have limited knowledge of the merchandise, and purchases are infrequent.

Diamond Dealers Don’t Get It

In the face of weakening consumer demand, we’ve noticed that the diamond industry is clamoring for higher diamond prices. That’s absolutely counter to the laws of supply and demand. Polished diamond prices peaked in mid-2011, and have continued to drift lower since then. By trying to raise prices, diamond dealers seem intent on running off the few shoppers that are still in the market.

Retail jewelers and their suppliers need to re-think their marketing and product strategy. They should be asking, “How can I reach those Millennial DINKS (Double Income, No Kids)?” Shoppers’ jewelry buying experience must be just that: an “experience.”

There are ample marketing consultants who understand what the jewelry and diamond industry must do to survive and grow. The problem: the jewelry industry remains largely rooted in the 19th century, and merchants seem unwilling to acknowledge that the market has evolved. Merchants must embrace 21st century consumers, and meet today’s new shoppers where they are, not where their parents and grandparents were generations ago. In our opinion, they are going to need outside help.

To be sure, the jewelry market isn’t going away. People have been wearing jewelry for more than 50,000 years. Jewelry is here to stay. But, it won’t be a growth market until suppliers and retailers focus on the needs of today’s new shoppers.