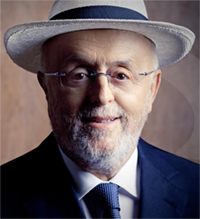 One might assume that walking into a Tiffany flagship store on 5th Avenue would be a more personal encounter than entering an online jewelry store and purchasing a diamond from the comfort of one's own home.

The truth is, actually, it is completely the other way around. Certain websites today keep record of all your previous purchases. They track your interests, your credit card statements, the products you like, what products you looked at, your name, your maiden name and even the name of your dog that unfortunately passed away since you registered with them.

The quantity and depth of information that websites like Google and Facebook are collecting is unbelievable. Only, they haven't yet fully explored how to use this data. If you ask me, I believe that the day they truly recognize the value of this information, how and when to use it, is just around the corner.

Imagine that Apple built an electronic car, or perhaps partnered with Google, which is building a driverless vehicle. They would probably pair up with Toyota or a similar carmaker. They would provide the software needed for the brain of the car to drive and run smoothly, similar to what Microsoft did together with IBM.

You see it was IBM who initially introduced the PC and licensed it from an obscure little Palo Alto start up. Microsoft launched the soul into the machine with the operating system, Windows. Interestingly enough, Microsoft bought the operating system outright from Kim Peterson for $50,000. It required only a few small changes, and from that they managed to create Windows (or was it DOS)? Either way, together they managed to build a multi-billion dollar licensing revenue.

In 1980, Microsoft had about $15 million yearly sales and turned $30 billion Big Blue to one of its licenses. Bill Gates realized that the heart of computer was the software, or better yet, the operating system. The rest is only metal and plastic pieces that can be constructed anywhere.

Now Apple is actually designing a driverless electronic car, called the TITAN. Whether Apple actually builds it, or contracts out the hardware to make it, is irrelevant. It will be Apple who develops the software – the brain of the invention.

The blue driverless van, the prototype of the TITAN, was reported to have been seen in the Bay Area, driving around. Next to it was Google's driverless vehicle.

Now, try to build the scenario in your head. Imagine you call to the garage, "Titan, come out please to pick me up from work." Five minutes later, the driverless car is standing in front of your office. You tell the car, "Titan, I am actually a little hungry. Do you have any suggestions?" The car, obviously already knowing your wife's schedule, is already on its way to pick her up as well.

Once she is with you, on the display will appeared a detailed list of advice, straight from Google, "Sir, we know that you would prefer to go to Prime Grill again. Only, may I remind you, Sir, that your latest blood tests in Mount Sinai Hospital showed a substantial increase in your cholesterol. Furthermore, you had a steak dinner twice already this week!" Your wife will look at you in shock, "how does the car know!?"

Google will continue, "May I suggest a new restaurant, downtown, with excellent reviews. This new place is diet conscious, offers French food, which we know both you and wife will enjoy? Not to mention, there is free parking. It will take only 12 minutes until you arrive." You see, the potential of information stored by 'the cloud' is amazing. In fact, it will be so powerful; one can nearly call it artificial intelligence.

Once you pass through the “electronic” gate of a web store, there is no need to introduce yourself. From the first moment, they know perfectly well who you are, what you purchased last, what products you are interested in, and which promotional sales they should offer you.

Before we know it, the next time you log into your Facebook account, a digital voice will great you; "Hello Leibish. How was your dinner last night at Prime Rib? You sure are a naughty boy...." Google obviously already reported that I ate there. According to my bill, they know the appetizers I selected, and the desert I enjoyed. In an attempt to use the opportunity, they wisely recommend excellent cook books I could use to help improve my diet.

As it is written in the Holy Scripture, "the book is open, and the hand is writing." Believe it or not, I doubt it was referring to Facebook, rather the book of life.

Facebook reported a 50-percent growth in its yearly revenue and a 69-percent increase in its income from mobile advertisement. The largest reported sale, ever, of any US company with an $8 billion net profit was made by Apple. Its greatest accomplishment was its mobile phone.

The company’s plans were that that users wouldn't just use the phones for communication. Rather, they would utilize them as a tool for online browsing, e-commerce purchases, and conducting their business.

I don't mean to say, that it’s all bad. The world is open without secrets with barriers. Due to the complete transparency of the Internet, several layers of trade and brokers are disappearing entirely. The biggest handicap diamond dealers are facing is this totally open trade. Consumers can now buy a certified diamond directly from the sources without the need of a third party middleman. Selling loose diamonds is like selling a commodity, a spare part of a future piece of jewelry. The certified diamonds listed are freely available to nearly everyone. If dealers want to survive, they need to create a unique product with added value.

Internet shopping isn't the way of the future. Rather, it is the way of life already. All the millions of people who are standing in line to buy a new iPhone will use it just as Apple had planned, for e-commerce purchases as well as calling.

Leibish Polnauer is the president and founder of Leibish & Co. Fancy Color Diamonds