How Compliance Became The ‘Fifth C’ In Diamonds 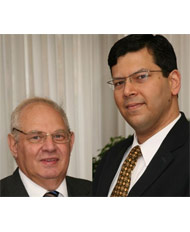 The diamond industry has for decades, done business with a truly international pipeline — diamonds are mined in some continents, sorted and distributed through centers elsewhere, cut and polished in yet other places, set into jewelry in centers that could be in a fourth geographic location and finally consumed in bulk in places like the US, Japan and China — the first two having had nothing to do with the process pipeline whatsoever.

Less than 20 years ago, a diamantaire could easily have bought diamonds from a supplier in one location, have them shipped to another location and perhaps a company that was distinct from his own firm, which was doing the ordering and paying.

There were many variations to this. For example, if the buyer was purchasing rough from unorganized suppliers or from countries with limited and untrustworthy banking systems, he might ask to pick up the diamonds through another company in a free zone area and settle the outstanding through a bank transfer — or even in kind — to a different company in another part of the world as instructed by the supplier.

Banks and shipping agents merely followed instructions, and no eyebrows were raised as this was considered trade practice. Everybody understood that all the diamantaire was doing was optimizing his own process pipeline with financial and security safety built in.

Not today. A process trail like that will be viewed as a money-laundering process. The banks and financial institutions would not participate. I personally know of instances when legitimate business payments have been stopped by banks in the US (all dollar payments are routed through US banks, though neither the receiver not the sender were in the US) for compliance scrutiny. The money was only release after three or four weeks after the parties provided satisfactory documentation to convince the bank that the process was legitimate.

Like it or not, compliance to official requirements for a clear audit trail of one’s processes is now an integral part of a diamantaire’s business. You could say compliance is the “Fifth C” of the business.

Why, you might ask, does one have to undergo this? It all has to do with money-laundering, a process that is perhaps as old as money itself — the first documented cases date from 2,000 BCE. The activity got its current name from the laundromats that the mafia in the US used in the 20th century to legitimize the money it had earned from criminal activity.

Naturally, governments everywhere are looking closely at anything that might smack of money laundering and the associated evasion of tax payments. The US Banking Secrecy Act that was passed in 1970, made banks responsible for the detection and prevention of money laundering.  Money laundering became a federal crime in the US with the passing of the Money Laundering Control Act of 1986. The initial focus of legislation was mainly on the drug trade.

In 1989, the G7 countries founded the Financial Action Task Force (FATF), an intergovernmental organization that develops policies to combat money laundering. Not only does the FATF set policies, it also monitors the progress of countries in implementing them and ensuring that the implementation is satisfactory. This process works through peer reviews, much the way the Kimberley Process does with its review missions.

The FATF came up with its first guidelines in 1990, when banking was still predominantly a manual process and the internet was just starting up. The initial guidelines covered banks and financial institutions.

In 2001, the FATF mandate was changed to cover terrorist financing as well. The guidelines issued in 2004 brought in five designated non-financial businesses and professions including dealers in precious stones and precious metals under its ambit. From that time, all diamond and jewelry industry stakeholders in centers across the globe have had to follow FATF guidelines.

Initially, diamond and jewelry industry stakeholders only had to implement customer due diligence or “know your customer” procedures for cash transactions above $15,000. But even that was a shock. Banks routinely supplied clients with cash to travel and pay African suppliers with limited banking access or to settle up immediately when taking delivery of hand-carried parcels.

But compliance was mandated and by 2006, all stakeholders had to have clear anti-money laundering (AML) procedures in place. In 2012, the FATF published its updated recommendations. These hardened and clarified most of the principles and placed greater emphasis on beneficial ownership information. The guidelines also proposed that a risk-based approach should be followed to identify and address AML risks like politically exposed persons (PEPs).

It is important to note that the FATF does not set laws itself, but only provides guidelines or recommendations and participant governments are expected to legislate their own domestic laws in line with the recommendation. When it comes to the diamond sector, the laws in individual countries are far from uniform and show a variance across diamond centers. In line with any other extractive mining industry, the need to know whether any person is politically exposed (PEP), is an important aspect for the diamond industry.

In October 2013, the FATF and the Egmont Group, a group consisting of Financial Intelligence Units of all countries, published a typology report titled Money Laundering and Terrorist Financing through Trade in Diamonds. The report was accepted by the FATF participants and looks at the money laundering vulnerabilities in the diamond sector. It also quoted examples where money laundering was carried out through the trade. It made suggestions to mitigate the risks, including extending legislation in our trade to non-cash transactions, more harmonious AML/CTF regulation across countries and greater international cooperation and information sharing.

The diamond sector is already witnessing greater scrutiny by governments. In the US, Cartier was fined for an AML procedural lapse in 2017. In Belgium, there are reports of AML spot checks being conducted by authorities in the diamond district with companies being fined for not having adequate KYC information. In India, the government appointed a regulator for AML related laws for the gems and jewelry sector. The recent financial scandals in India will probably precipitate tougher scrutiny by the regulator.

Governments are already working on the next round of AML legislation with the EU taking the lead. These include a reduced cash threshold for reporting of transactions, expanding the definition of people covered under PEPs, establishing central registries of beneficial owners and strengthening the risk-based approaches apart from looking to integrate new technologies like biometrics etc.

Going forward, companies in the diamond sector across the globe, regardless of their location, will have no option but to enhance their AML awareness and processes and institute a clear risk-based AML policy, with adequate KYC information, decision hierarchy, enhanced due-diligence guidelines, transaction monitoring and reporting mechanisms.

The transition will have its challenges, especially for smaller companies, but it will eventually lead to transparent and compliant trade.

This article, written by Pranay Narvekar of Pharos Beam Consulting LLP, first appeared as a blog on GemKonnect.com