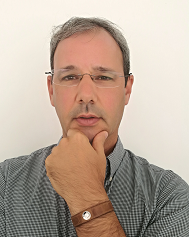 To proclaim such a bold statement as that stated in the headline, one must first describe the elements of the theory and portray the different layers methodically as if standing in front of an esteemed Grand Jury. This ensures that all the parts of the story match perfectly as not to create a false big bang theory.

My testimony will begin with analysis of my beloved diamond industry; after all, what better evidence is there than a confession? It is premature to explain the macro evolution of diamonds, how the single most important carbon on earth disguised its powers only to be set in a golden ring of illusion. No, I will leave that for a later stage. For now, I will address the sad reality of the diamond supply chain: about why the rarest and most priceless commodity has to be sold through deception, empty jewelry shops, multiple labs and intense advertisements.

When we fill our car with gasoline, we do not stop to wonder for a second about its current commodity price value, although it’s available. We recognize that there are taxes and profits for the gas station, so we fill up, wave goodbye and drive off. When we buy gold jewelry, most people will not stop to think about the price of gold on the commodity markets; they will somehow accept the gap element, wave politely and buy. But when it comes to diamonds, when it comes to buying their once-in-a-lifetime piece of eternity, is that the case? Will consumers, knowing the real market cost of each diamond, just purchase, depart and say goodbye and go and get married? The answer is no. Price transparency for the diamond industry means a loose serial killer for the jewelry retail market! And for a global industry relying on sentiments and slogans such as 'Diamonds are a woman’s best friend', this means, frankly, that Houston, we have a problem!

To summarize the first half of our big bang theory, probably the bang, the diamond industry, in its quest to conceive from consumers the real market value of their diamonds, launched into an endless ongoing campaign of routine misses which are on the verge of deception. Eventually, the most transparent element on earth, the essence of light formation, has fallen captive in a dark hole.

From the other side of the planet, new troops are marching in, equipped with new blockchain coins, and seeking transparency the troops keep marching in. They do not seek vengeance, they do not seek blood, they wish for a new social order with a new financial structure.

Three phenomena are evident in the new social movement. First, the false conception that economic rules are unchangeable has, at last, fallen apart! The rules of the economic game can change, and they will. The second has to do with the physics of money, the perception that money always flows from the top of the pyramid downwards is now changing direction. We are used to receiving money from our company, the company uses money from the banks, and the money flow is always from those who have it most and downwards. But suddenly, money is “growing” bottom up, it multiplies and spreads from the bottom of the pyramid upwards.

When the currency troops seek transparency in the diamond industry, and they will, we will witness the most fascinating financial big bang we have ever seen. On the one hand, the diamond industry will be transformed with transparent value market connected to both the crypto and the financial markets. On the other hand, the mass public of the revolution, will hedge their funds towards the light of diamonds.

Ronen Priewer is the Founder of CEDEX which fosters usage of Cryptocurrency CEDEX coins to enable trading in diamonds.