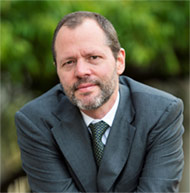 Much has been said about the relative merits of natural diamonds and laboratory-grown diamonds (LGDs) when it comes to their environmental impact. The DPA published in May a report produced by TRUCOST ESG Analysis, part of S&P Global, which quantified the annual socio-economic and environmental impact of the DPA members' diamond mining activities (www.total-clarity.com). It is the first time, according to TRUCOST, that companies representing three quarters of an industry ask a third party to quantify and report on their collective impact.

The media and the industry have taken a keen interest in the environmental footprint analysis conducted by TRUCOST and in the CO2 emission comparison between natural diamonds and LGDs contained in the report. A 2014 report written by Frost & Sullivan has been widely quoted by LGD producers to refute the TRUCOST analysis. It is unfortunate that this data debate (which I will need to go back to later in order establish some simple truths), has almost totally overshadowed the main findings of the TRUCOST study, and which the industry should take pride in, which is that large scale diamond mining creates over $16 billion of net value every year, most of which is created within the local mining communities and producing countries.

Benefits created for local communities have been quantified as follows: $3.9 billion linked to salaries and benefits paid to the 77,000 employees of DPA operations. $6.8 billion linked to the local sourcing of goods and services. $3 billion linked to taxes, dividends, and royalties paid to local and national governments. It is safe to assume that a large portion of government payments are re-invested in education, health and infrastructure. Botswana, Yakutia and Canada are good examples of responsible management of diamond proceeds. This means essentially that the bulk of the value created by large scale diamond mining activities benefit directly or indirectly local communities every year, to the tune of $12 billion or more. In comparison, dividends paid to private investors in 2016 were less than $500 millionâ€¦ It is worth remembering that the wholesale value of all polished diamonds traded in a year is about $25 billion. Very few industries can boast such a significant socio-economic impact relative to their size and this should be a cause for pride not only for miners, but for all in the diamond trade.

Onto environmental claims. The TRUCOST report provides an accurate picture of the environmental impact of DPA Members' production over one year. It is not an analysis of CO2 emissions over the life of a mine, but reflects annual emissions over the production period, which will last decades. The main environmental impact of large-scale diamond mining is CO2 emissions, as a mine footprint and water usage are quite small and DPA members preserve on average three times the surface of land they use for mining. The one figure on which the 2014 Frost & Sullivan report and the TRUCOST report agree is the natural diamond CO2 emission figures per carat. Frost & Sullivan reports a figure of 59kg per rough carat, whereas TRUCOST reports a figure of 160kg per polished carat. Assuming a 35 percent average yield, these figures match.

Where the two reports do not agree is when it comes to the CO2 emissions associated with LGD production. As suggested in Rob Bates article of June 21, available here : https://www.jckonline.com/editorial-article/frost-sullivan-lab-grown-report/ , the 2014 Frost & Sullivan report is not only outdated, it is also unreliable and biased. The figures quoted for LGD CO2 emissions are based on a totally false and unrealistic assumption: that LGD producers use exclusively renewable energy. Indeed, we know today that no LGD producer uses renewable energy and that those who claim they do merely purchase solar credits. In order to assess the reality of LGD emissions, TRUCOST used publicly quoted energy consumption figures for both HPHT and CVD producers and translated them into carbon emissions using the local energy grids. The methodology is totally transparent and documented and resulted in an emission range which even Lightbox - arguably the most efficient LGD producer today - publicly recognized as realistic. It resulted that on average, LGDs emit 511kg of CO2 per polished carat, over three times more than natural diamonds.

In the big scope of things, both these figures are quite small if you think that - unlike an I-phone that emits 57kg of CO2 - both natural diamonds and LGDs have a pretty long life. So, what is the big deal? The truth is the big deal. As an industry, we need to be factual and truthful, regardless of how convenient the truth is, or how aligned it is to our pre-established beliefs. Facts matter and eventually they always prevail. Unsubstantiated, misleading or simply confusing consumer claims will come to haunt us all as an industry, no matter how convenient they can feel in the short run to those who make them.

Jean Marc Lieberherr is CEO of the Diamond Producers Association.