Change: why is it so damn hard? 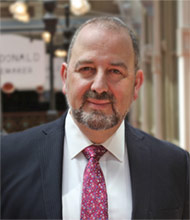 I recently watched a TED talk which talked about the importance of change. In fact, the essence of this talk is that without change, you will kill your business.

The speaker used the analogy of the Titanic. How was it, that within three hours half the people on board were killed? The answer was divided into three components, which define a way of thinking that we can all learn from.

From the court records and testimonials of those who survived the disaster we know that it was a very calm night, no storms and good visibility. We all know at the top of any ship sits the crowsnest which is maintained 24/7 to look out ahead for impending danger. The problem, there was no binoculars in the crowsnest, and so vital time was lost in seeing ahead of the impending disaster. Were there really no binoculars on board?  the answer is yes there were, however, they were locked in a cupboard and the person who had the key was not on board. Couldn't someone just break into the cupboard? of course, but would anyone knowingly damage something on the Titanic? I mean we are talking about the unstoppable the unbreakable the untouchable, Titanic.

The case in point is a "blinding overconfidence." The question was posed to one of the lookouts who survived the Titanic's sinking, what do you think could have prevented this accident? His answer was" if we had a pair of binoculars we definitely could have averted the iceberg, as we would have seen it in time to change course".

How many of our businesses have someone who looks forward? I don't mean next week, or next month, I mean in the next two or three years. Who is looking and paying attention to where the market is going both in terms of threats and in terms of opportunities?

The second component was communication. The Titanic had at the time the most sophisticated communication system that existed. In fact, there were many ships in the area that were transmitting to the Titanic warnings of the dangers ahead with icebergs. Why didn't the Titanic pay attention to the warnings? The court documents showed that the radio operators were extremely busy sending messages on behalf of the first-class passengers. When a nearby ship was trying to send warning messages to the Titanic the court records revealed comments such as" shut up I am dealing with messages for first-class passengers".

We all pride ourselves on our customer service, but sometimes you can focus on the wrong thing, and in doing so you could be killing your own business.

The third component contributing to the disaster was the person in charge. The captain of the ship was sleeping at the time, however the officer in charge was first officer Murdoch, this man was infamous at averting collisions, and was known to have achieved it more than once. The court transcripts reveal that officer Murdoch was to expose the side of the ship to the iceberg, because this is what worked before. Experts today, admittedly in hindsight, believe that if the ship was to hit the iceberg head-on it would be damaged, but it would not sink. Apparently, the Titanic could withstand damage to 4 compartments, but in this case 5 had suffered damage.

The lesson we take from here is no matter how much we love our past success, and use those lessons, the reverse can so often be true, "past experience is all the rage until it destroys your business and life along the way".

The interesting thing is that deep down we all want to blame the iceberg. Or in our world it's the competitors, it's the Internet, it's synthetic diamonds, it's my family members in the business, my business partner, the media, the government. It's so tempting to blame the iceberg, but icebergs will come and go, again and again.

This story was studied time and time again, and in the boardrooms of titans of business, and yet how many Titan's have fallen, Kodak, Motorola, Toy are Us , Borders and Dick Smith to name but a few.

I appreciate that some reading this article will consider themselves Titans of business, but here's the great news, most of us are more like a speedboat, we can manoeuvre fast, change adapt, and if something doesn't work, so what, pivot, and try something else.

"The term Titanic syndrome is defined as a disease where businesses facing disruption create their own downfall through arrogance, and excessive attachment to the past, or an inability to recognise the new and emerging reality"

Over the years I have learned several techniques to help me deal with change.

First and foremost, I like to go for a bit of a walk to clear the head.  I Like to go somewhere outside of my business, maybe a coffee shop. I also, always find it helpful to have someone to bounce off. It may be someone from the business or someone that I feel understands some of the issues in our business. Having someone to act as a sounding board helps us formulate our ideas quickly, trying to write detailed notes is a pain in the butt.

Once you have the rough outline of what you want to do in the business, break it down into five or six steps, and you must put a timeline on each of these tasks. Ask yourself "When you will have the answers to these questions? then you can move on to the next task.

Why is change so damn hard? Because it means getting out of our comfort zone, it means looking ahead, even when we don't know what we are looking for. It might mean re-looking at what we do for our customers, recognising that it's not cost-effective and that it's a bleed on a business. What if half the goods you carry are not what the market demands, and even though technically speaking you are buying well, you must radically change what you buy because your experience cannot define the future. Having excellent reference points as to where the market is heading is crucial. A trip overseas to your customers that you supply , where you meet them face to face and have a meal, could give you  the greatest insight, rather than producing goods that nobody wants.

Rome wasn't conquered in a day, no one said you need to make radical changesâ€¦ Yet, by creating a culture within your business which does not shun change or shutdown ideas which failed in the past, begins to open up endless possibilities. If you can accept that every business practice and process is open to change, you may have unlocked the key to your survival and success.

Rami Baron is President of the Diamond Dealers Club of Australia. He resides in Sydney.