So, this is Christmas. And what have you done? 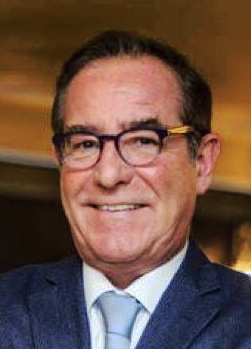 Today it is also Christmas in one of the poorest African countries. A country that has been on the radar of the international diamond community for several years. Not always for good reasons, but the little positive news to be reported rarely makes its way to the mainstream media. Once you are the "black sheep" of the family, it often serves the needs of the herd to keep it that way.

Now, however, there is hope that the next year will bring the so-much-needed change to the Central African Republic (CAR).

Located in the heart of Africa, the CAR is the same size as France, but has a population of only 4.6 million. The country has significant mineral and other resources and a quarter of four families make their living from artisanal diamond mining.

As over 90 percent of diamonds are smuggled out by illegal traders, the country needs diamond production to return to the formal market.

In June 2018, the government of the Central African Republic launched a full overhaul of the country's alluvial diamond mining sector.

Following the adoption of Presidential Decree No. 19.282 on 30 September 2019, all existing buying houses can now participate to show their capability to formalize exports and to withdraw from any engagement in the informal circuit.

Above all, there is an obligation for each buying house to export at least $3 million per quarter and a withdrawal of the license will follow in case of failure of the minimum amount of exports.

The buying houses that have passed the conditions will enter into a contract with the CAR government, which will stipulate the due diligence sourcing protocols.

In the same spirit, the presidential decree further stipulates severe conditions on foreign buyers whose licenses will also be withdrawn in cases of non- compliance.

The state's tax revenues also need a restart. In 2018, the amount of income tax generated was $150,616 - the equivalent of a senior UN representative working in the CAR, of which there are thousands.

So, with a law passed this month, the total exportation tax rate was reduced to 4 percent to be competitive and in line with neighboring countries.

This will be accompanied by a reinforcement of the mining police and the local KP structures already in place.

At the New Delhi plenary, KP participants agreed to loosen restrictions on exports of rough diamonds from the CAR to encourage legal exports and put an end to smuggling.

The Civil Society Coalition also welcomed the outcome of the plenary, saying the decision was "one of the rare substantive engagements" from the meeting in New Delhi.

"As civil society coalition, we call on CAR's authorities to make this experiment work and strengthen internal controls in order to curb fraud and diamond smuggling in the country," said Shamiso Mtisi, the Lead of the Civil Society Coalition.

It is our hope that both reforms (presidential decree and new finance law), together with this important change in the Operational Framework will allow the return of decent volumes of trade from the Central African Republic to the trading centers, notable Antwerp and Dubai, and that it will at the same time stop the illicit trade in CAR diamonds.

The control procedures will still include all documentation previously requested from the CAR and this from the first point of extraction till the moment of export and it will still be as strong as it was before. On that side nothing will change, which is also good. CAR also wants responsibly sourced and traceable diamonds.

A fast-track remote control was long overdue. The decision to shorten approval procedures to seven days in June 2018 was crucial for the on-going reform. But it wasn't enough to reverse the status quo. Investors need certainty and continuity and cannot depend on temporary - and sometimes arbitrary - judgments. The country also hopes to get the green light on broadening the compliant zones to facilitate the fight against illicit traffic.

It is important to note that the new Operational Framework System shifts some of the burden of verifying the provenance of the goods to the trading centers. While government-sanctioned authorities will be responsible for supplying confirmations of imports of rough diamonds from the CAR, members of the trade are urged to practice enhanced vigilance when handling rough diamonds believed to have originated from the country.

This should be done by ensuring that import shipments only include goods that have been sourced from the approved green zones, and are always accompanied by a duly authorized CAR Government KP certificate.

Last week, Russia, which next year takes over the rotating chair of the Kimberley Process, proposed to move toward ending the ban on selling so-called "blood diamonds" from the Central African Republic.

The CAR should be granted a "road map" outlining the steps it needs to take to get the suspension of diamond sales lifted, Russian Deputy Finance Minister Alexei Moiseev said in an interview in Moscow.

We understand the European Union won't support the lifting of the restrictions without a "convincing" indication, including by United Nations experts, that gems are mined in conflict-free zones and that the CAR authorities can guarantee full control over exports.

The U.S. State Department said in reply to the Russian position that good governance, transparency and sound economic growth will determine further steps it could support.

It is our hope that decisions on CAR's status in the KP will be taken after a complete review of the Operational Framework and taking into account the current reform process and the Peace Agreement of Khartoum of February 2019.

On behalf of the Central African Republic, we want to thank the international community for the help we have received, in particular, the Kimberley Process Certification Scheme. It is our hope that any future decision will be guided by the simplest of all criteria: "War is over, if you want it. War is over now."