Will our Industry Finally Admit the Truth about Banks? 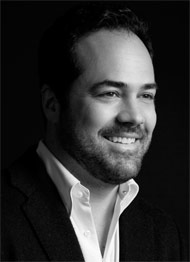 I love our industry, the good and even the bad. The history, the characters, and the unique nature. But most of all I love diamonds, I always have. This passion from a young age started me down a road that has led me to become what I am now.I started however, as an ambitious 17-year-old apprenticing at a diamond cutting firm. I was lucky early on as my teachers were kind when it became obvious that my talents weren't "at the bench" as I'd hoped. But they noted encouragingly, I did seem to thrive on the business side of things. Thanks to their kindness I became an entrepreneur in our industry at a very young age. This gave me first-hand experience observing how commercial banks viewed our industry; and I didn't like what I saw. It seemed that although banks worked with the trade, they looked at our industry through a negative lens, even as they often loved the glamour and sex appeal of what we did. From conflict diamonds, to money laundering paranoia, bankers always seemed to have a reason to think the worst of our industries mid-stream, some 15,000 entities globally that are for the most part, overwhelmingly honest, hard working family owned companies. It is no surprise then that this outlook created a historically inconsistent track record when dealing with our industry.

This unease seemed to come to a conclusion of sorts following the financial crisis of 2008 - 2009. Banks were forced to make changes and rethink risk in particular. Some of the changes that emerged were legislative and would ultimately contribute to the diamond industry becoming a "credit casualty". The Basel Accords, Basel III in particular, were passed to strengthen bank capital requirements by increasing liquidity and thus decreasing leverage. What this meant in short is that all compliant banks had to seriously rethink their credit and risk strategies. With the changing legislation and new focus on credit controls, compliance departments globally were quickly and exponentially beefed up. However, banks didn't just add staff to these departments, they gave them an ever-increasing voice.

Business decisions that were formerly made by senior bankers who took the time, often years, to understand their clients and their businesses were now in the hands of people that never met the owner and really didn't understand the viability or lack thereof of their business. The formulas had completely changed and the outcome was that the diamond industry was high-risk, and not worth the cost. Compliance is, of course, a necessary function and should be the healthy counterweight to the deal makers at any bank, but in the case of our industry, and arguably many others, the overreach has removed the ability for the banks to act strategically.  There are of course other reasons as well; some are our fault and others aren't. The industry is not particularly large in comparison to others, so we don't mean a lot to the major banks, the risk reward ratio is simply not in our favor. Our midstream has been awful about keeping an eye on profitability, often focusing on annual turnover instead of their bottom line. We can't expect banks to take a chance on us when we can't make healthy margins. Moreover if you speak to many banking executives they bring up "reputational risk", the diamond industry for good or bad gets a lot of press. When a diamantaire goes belly up or worse, it's on every front page. This amount of attention is not often given to other industries, and bankers and their very conservative boards don't like it. The alarming and now well-known result is that banks have basically left and are not coming back. Without access to credit businesses cannot thrive and grow, especially in an industry as capital intensive as ours. We need to understand this and realize that alternative financing solutions are most likely going to be the future for the majority of the midstream.

The good news is that vacuums never last. As an example we've seen some excellent options start to replace some of the old banks. Companies like E Bury, launched to fill regular banking needs have been particularly successful. E Bury recognized that our industry was having a harder and harder time keeping simple checking accounts and successfully receiving and sending wire transfers and they provided a solution. We need more smart, high quality companies who understand and believe in our industry to create platforms that can provide essential services that are becoming harder to find. Unfortunately the Delgatto Diamond Finance Fund has been one of the only institutional class, alternative credit players addressing this financing crisis. Our mission was to step in and work with everyone along the supply chain. Now, two years in existence it is the largest non-bank lender to the industry, and one of the largest lenders overall. DDFF currently finances mines, De Beers and Alrosa contract holders, as well as mid-sized and small polishers, dealers and traders in all major diamond markets globally.

However, we can't do it alone. We are hopeful that our success and scale will eventually create a new wave of institutional, non-bank financiers that see the diamond industry as a healthy and profitable category to allocate their resources. We are already working with a number of companies, educating them on the industry so they become comfortable enough to eventually invest. Bloomberg estimated that in 2013 commercial banks had $16bn allocated to the trade, current estimates have that number reduced to approximately $6bn and shrinking further, so the opportunity is large. DDFF intends to remain the dominant player and advocate, for what we hope will become a new paradigm within this historically rich and vital industry for many years to come.