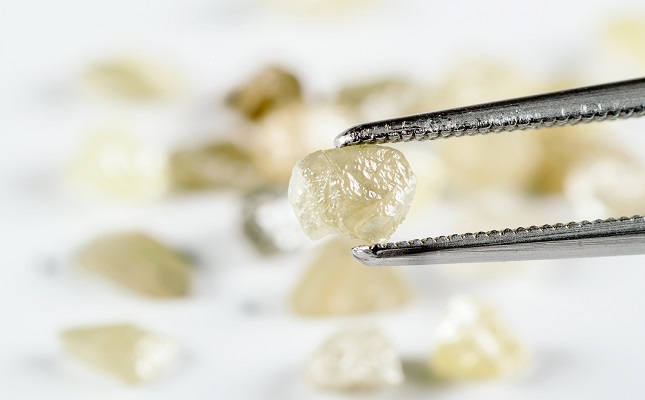 (IDEX Online News) – The Indian diamond trade has decided against implementing a ban on rough diamonds. Citing the wellbeing of the workforce as the first priority of the trade, the 250 diamond exporters who met today agreed that the situation will be monitored for a month, with a further meeting to be held within the next two months to reassess the situation.

The meeting was organized by the Gem and Jewellery Export Promotion Council (GJEPC), the Bharat Diamond Bourse and the MDMA to discuss the current market situation and issues faced by the diamond industry, including the lack of profitability in manufacturing due to reduced bank financing and the high price of rough.

Rather than calling for outright diamond import ban, similar to that enacted following the global financial downturn in 2008, the meeting concluded that traders should apply “self-discipline” when it comes to purchasing rough based on their inventory and demand for polished diamonds.

In addition, the decision was taken to form a 10-15 Member Committee comprising of representatives from the main associations that will represent players across the pipeline.

The meeting also decided to form a number of delegations to meet with key players, including miners, bankers and the government.

Furthermore, the meeting called for increased efforts to raise the level of demand for diamonds by increase of sales of diamond jewelry.