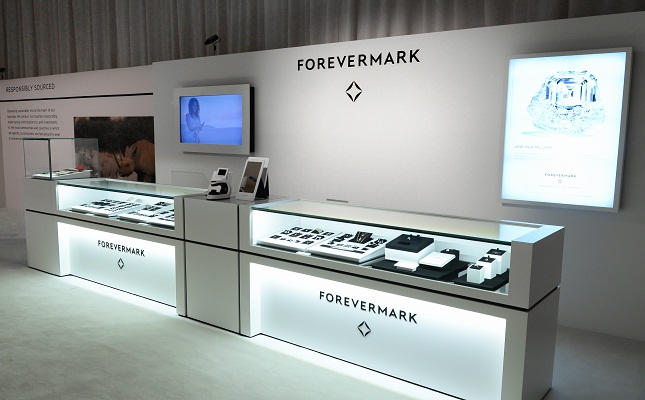 (IDEX Online News) – In a bid to increase consumer demand this holiday season, Forevermark, the De Beers diamond brand, has launched the “Seize the Day” campaign.

The campaign, which is targeted at men, uses different lines shown in black font on a white background, and also displaysdiamond jewelry pieces. The lines include, “Marry Me Sounds So Much Better Than Just Merry Christmas,” and “#LoveThisMan #TheLuckiestGirl #BestGiftEver #CantBelieveIt #OMG.”

Ads will run in The New York Times, Wall Street Journal and Washington Post on specific dates in December and will also appear in the December issues of Rolling Stone, The Economist and Esquire.

Cyber Monday (the first Monday after Thanksgiving), will feature takeovers of Kindle Fire and eInk readers, ESPN Scorecard and Instagram. The campaign will also target ESPN.com mobile as it seeks to capitalize on the growth of mcommerce, and social media sites such as Facebook, Twitter, Instagram and Pinterest.

The ‘Seize the Day’ campaign includes the Forevermark’s recently relaunched ‘A Diamond is Forever’ slogan, and a ‘Happy Holidays from Forevermark’ sign off.