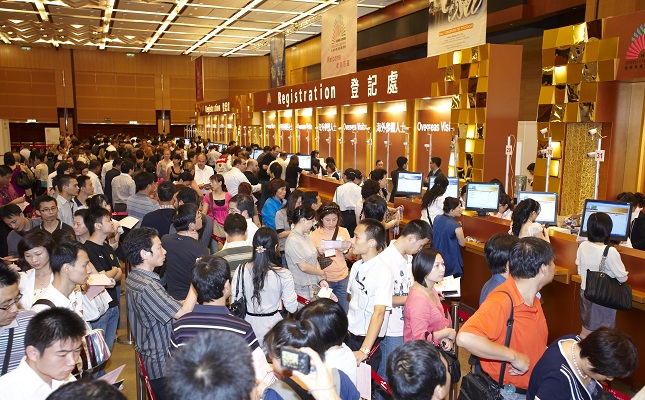 “In contrast to the last several years, this year’s show was marked by very good traffic. Buyers came in large numbers, and in addition to buyers from India, who come every year, there were many buyers from other East-Asian countries.”

Dvash said, that although expectations had been moderate due to the economic challenges facing Asian markets, the traffic on the first and second days was strong and centered on diamonds. “Sales were reasonable, if not in perfect congruence with the great number of buyers who attended, but all in all, we are feeling very optimistic.

“In Hong Kong we felt that buyers at the show were regaining trust in the market. They were very interested in the merchandise, and that’s an excellent sign for the future. The stability in polished prices in recent months has contributed to the trust by jewelers and manufacturers, and we are hopeful that buyers will stock plenty of merchandise ahead of the holiday season.”

During his stay in Hong Kong, Dvash met with global diamond leaders to discuss some of the most pressing challenges facing the industry. He conferred with WFDB President Ernie Blom about ways to improve credit conditions for the diamond industry, including finding additional financing sources and increasing bank credit to diamantaires. Dvash also met with Alrosa President Andrey Zharkov and Alrosa VP Andrei Polyakov to discuss the impact of synthetics on the natural diamond market.

The Israel Diamond Pavilion, organized by the Israel Diamond Institute, was one of the largest national exhibitors at the Hong Kong show, with 84 companies in more than 1,150 square meters. There were also 15 additional Israeli companies exhibiting at different locations.