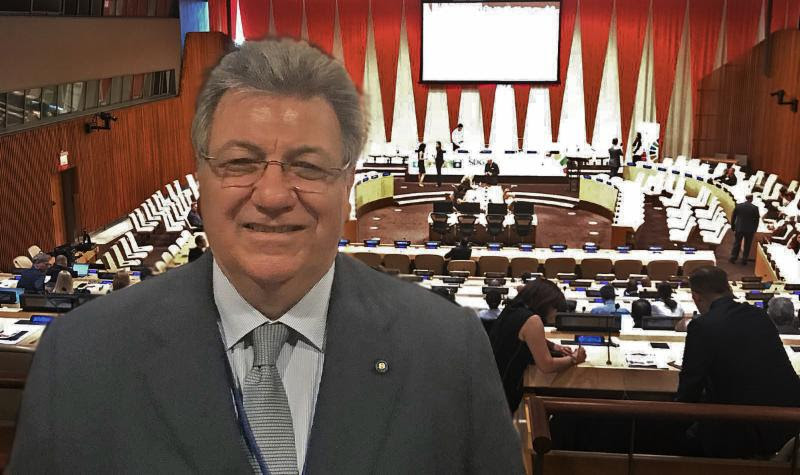 Just prior to the meeting, the council's Secretary General approved and distributed a statement on the jewelry industry's contribution to the UN development program that had been submitted by the World Jewellery Confederation.

The three-day ECOSOC gathering that began on July 16 represents the culmination of ECOSOC's annual cycle of work, and convenes a diverse group of senior representatives from government, private sector, civil society and academia for policy dialogue, review and recommendations on the 2030 Agenda for Sustainable Development, as well as other international development goals. The theme of this year's session is "From global to local: supporting sustainable and resilient societies in urban and rural communities."

CIBJO has been the international jewelry and gemstone sector's first and only representative in ECOSOC since 2006, when it was awarded special consultative status.

Echoing the 2018 ECOSOC High-Level Segment theme, the CIBJO statement referred to projects being taken both under its own auspices and in the greater jewelry sector. "CIBJO's strategy has been developing educational programmes, initiating and/or supporting industry efforts, and creating tools and platforms for member organisations in their respective countries. The underlying premise of this approach is that progress will result from an aggregation of multiple grass-roots efforts," it noted.

Among the specific programmes mentioned in the CIBJO statement are the World Jewellery Confederation's own Jewellery Industry Greenhouse Gas Measurement Initiative, which helps companies understand, reduce and offset their carbon footprints. Other programmes cited include a rutilated quartz mine in Brazil that seeks to implement a model using natural resources as the foundation for sustainable development, the Jewellery Development Impact Index, whose concept CIBJO helped create at the Jewellery Summit in Tucson in 2017, and is today housed within the Minerals, Materials and Society programme at the University of Delaware in the United States. Also mentioned is a plan that was first presented last year at the Oceans Conference at the United Nations in New York, which was attended by the CIBJO president, involving the development of a sustainable pearl farming sector in Fiji, which includes responsibly-managed marine pearling areas that also create income-generating opportunities for indigenous communities.

"The World Jewellery Confederation supports the implementation of the Sustainable Development Goals (SDG) through its work, with special emphasis on grass-roots projects in the jewelry and gemstone sectors. Involving several partners, it calls for transparency and inclusiveness, and strengthening local and global partnerships," CIBJO noted in its statement to ECOSOC.

Pictured above: Gaetano Cavalieri, President of CIBJO, against the backdrop of the 2018 High-Level Segment of the United Nations Economic and Social Council (ECOSOC) in New York.