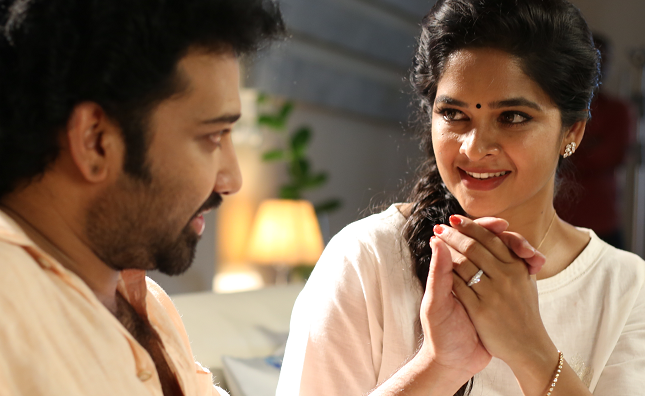 (IDEX Online) – The Diamond Producers Association (DPA), an international alliance of the world's leading diamond mining companies, has launched its integrated marketing campaign ‘Real is Rare’ in India in the Telugu language.

The ‘Real is Rare’ campaign focuses on celebrating the precious moments which mark the journey of a relationship between a couple. Following comprehensive research, DPA arrived at a key insight – while couples tend to celebrate anniversaries and birthdays as milestones, there are other unrecognized moments of bonding and intimacy that form the foundation of their relationship.

These moments are unique and rare to each couple and deserve to be acknowledged. Taking inspiration from these real stories, DPA’s “Real is Rare. Real is A Diamond” campaign offers a compelling narrative by recreating such relatable moments between a couple.

Featuring Telugu cinema actor and winner of Bigg Boss Telugu season one, Siva Balaji, and his wife Madhumita, the commercial presents love as being a true partnership, marking the real promise a couple makes to each other. For maximum impact, the commercial will be promoted across TV, social and digital platforms.

Commenting on the campaign launch Richa Singh, Managing Director, Diamond Producers Association, India, said: “There are certain defining moments in every relationship that make a couple’s journey unique. Through our “Real is Rare” campaign, we want diamonds symbolize the successful transformation of this partnership. We are happy to associate with Siva Balaji and Madhumita who have beautifully captured the essence of rare and real life moments.”

Recently, DPA also collaborated with renowned actor and VJ Rio Raj and his wife Shruti for the Tamil version of their ‘Real is Rare’ Tamil campaign. Offering a glimpse into how an unforeseen situation becomes the reason to discover love all over again, the video resonated with couples across and received an overwhelming response from the audience by generating 15.8 million impressions on TV and digital platforms.