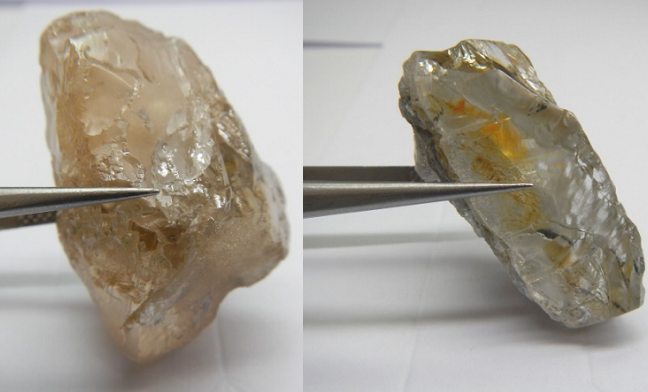 Lucapa Diamond Company Limited and its partners have announced the recovery of more large diamonds from the Lulo Diamond Project in Angola.

The latest recoveries include diamonds weighing 103 carats and 83 carats (pictured), both of which were recovered from Mining Block 8.

"The 103-carat light brown diamond and 83-carat Type IIa diamond continue to evidence the special nature and potential of the Lulo resource," the miner said.