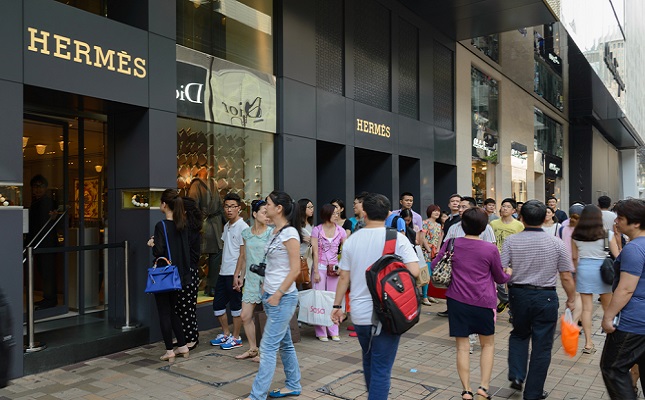 (IDEX Online) – Sales of jewelry increased in all of the world's key regions, except for India, in Q2 of 2018, ALROSA reported. The average global growth rate was 5% higher than during the same period last year.

"Notably, in Asia Pacific, the figures were as high as 17%. The positive dynamics resulted from the continuing expansion of various local players, made possible by the mounting demand for diamond-based jewelry in continental China. Another factor that made sales more stable was the improvement of tourist traffic in Hong Kong and Macao.

"In other key regions (North America, Europe, and Japan) the sales boost fluctuated between 3% and 5%. It bears pointing out that the rise of diamond jewelry sales in North America and Japan (+5% and +3%, respectively) has been accompanied by significant demand spikes among the local population, which drive most of the sales.

"In India, jewelry sales (in dollar terms) decreased. Today, major Indian players are focusing most of their effort on restoring their reputation and regaining the customers' trust and confidence that the jewelry they buy is genuine. Furthermore, Indian sales dropped due to the new Goods and Service Tax (GST), introduced in July 2017. The tax created a high base effect when making a comparison between the corresponding periods this year and the year before."

Dmitry Klimenko, head of the analytics department at ALROSA's Strategic Projects and Analytics Center, said: "Today, the share of the Indian market are being redistributed among the stakeholders, with large retailers encroaching upon their smaller competitors. Nevertheless, despite all of the major players' efforts, most sales are still ensured by smaller retailers."

Overall, the luxury commodities market is experiencing positive dynamics. The figures of Q2 of 2018 show that, in terms of monetary value, worldwide sales of luxury items have increased by 11% if compared to the corresponding period last year.

"The highest growth rate has been exhibited by the Asia Pacific countries (including South East Asia and India), where the sales of luxury commodities increased by 19%. Sales in Europe, Japan, and America (including sales of jewelry in North America and sales of luxury items in North and South America) have also shown significant improvement (+10%, +9%, and +5%, respectively)."

Klimenko added: "When finalizing our analysis, we discovered that the sales of diamond-based decorative jewelry are continuing their upward trend. In some countries, we are seeing the rise of the omnichannel sales model, as people are showing increasing preference towards buying jewelry and other luxuries over the Internet."

He also pointed out that the weakening of currencies versus the US dollar, in Q2 may have a negative impact on consumers' purchasing power, as well as affecting tourist flows.