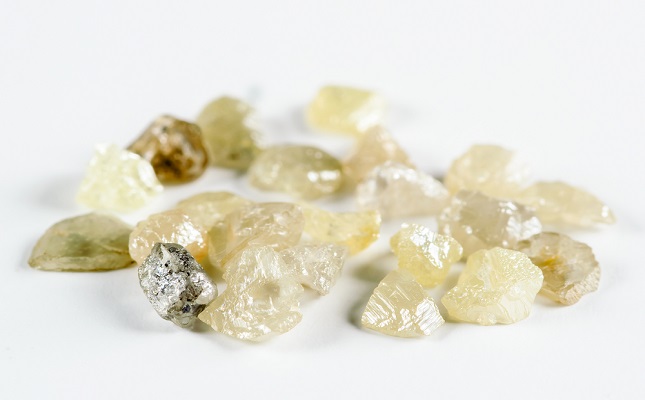 (IDEX Online News) – The Sights of July 2015 represent either a breaking point or a revolution, depending on whom you ask. What is certain is that there was a tacit agreement by the clients that the price of the goods was too high and that it was impossible to put up with the situation any longer.

The first sales week was Alrosa’s. Contract holders were given the option of refusing 30 percent of the goods or refusing 20 percent and postponing 20 percent. However, Sightholders wanted to refuse at least 50 percent, something Alrosa would not consider. The company’s reaction was essentially, “take what we are offering or the regular supply contract will be on the other side of the scales.”

Of course, after a lot of negotiations, Alrosa had the upper hand and customers were forced to give in and accept the conditions the company laid out.

In addition, and despite clients not actually wanting to take all of the goods on offer, there were also some price increases in certain categories of goods.

Following the Sight, the price of Russian goods fell in the secondary market, and sellers were force to offer credit – in many cases of up to 120 days– a risky move these days.

After the Alrosa Sight, everyone’s attention turned to Botswana, where the majority of clients arrived with the intention that if there was no price decreases, then the goods would remain on the table – and that’s exactly what happened. In fact, we believe the July Sight had the highest percentage of postponements and refusals since the 2008 global economic downturn.

Like Alrosa, De Beers also increased the price of some types of goods, which was surprising given the current situation. In its defence, De Beers trotted out the usual story that an improvement in the assortment necessitated a price increase, which was not a claim Sightholders were willing to accept on this occasion.

Needless to say, there was hardly any trade in the secondary market, not just because a lot of goods were rejected, but also because of the large difference in the original purchase price compared to the price that buyers were willing to offer. This difference, along with the lack of security and willingness to give credit, bought activity on the secondary market almost to a complete halt.

Another thing to remember is that between the two Sights, the Rap List noted a drop in polished prices, something that not only clouded the atmosphere in general, but did nothing to improve market conditions.

The diamond industry is currently facing one of the biggest crises in recent years and the goose that laid the golden egg, is dying. The banks are threatening to cut off the oxygen supply (credit) to businesses that cannot show profits. The banks are also asking for loans to be repaid, which is making things even more difficult for their customers.

We’ve reached a situation in which decent merchandise is that which allows you simply to cover the cost of purchase, not to mention all the related expenses, which, if we mention them simply acts as a reminder that there is no chance of making a living…

We have to ask the question, are the mining companies driving their customers to bankruptcy? Is their philosophy that there will always be other customers driving the decision making process when it comes to pricing?

Every day that passes without a clear and transparent solution that will ensure profitably for the industry only serves to make things worse. And, in the end, the solution will cost much more.

For years, De Beers has encouraged its customers to open factories in remote locations. Customers demanded transparency when it came to the value of goods and the means of sale. They leveraged all their capital and their business future to establish factories and purchase the best available technology for processing in order to derive greater value from the rough.

At the end of the day, what have they been they left with? Expensive polished goods for which demand is dropping and no option to reduce their prices because then they would have nothing left in the best case scenario or huge losses in the worst. They are being forced to take on huge liabilities and to distribute their goods to all corners of the world, sometimes without appropriate collateral. And all this without mentioning the appearance of lab-grown diamonds on the global markets

A new generation of diamantaires is growing up that is losing its faith in the profession; a generation that knows and is ready to take chances, but has not tasted the profits – this is the new reality. This new generation will have to make choices and to take action.

Unfortunately, most diamantaires are stuck in an idealized concept that started somewhere in the last century that believes in personal relationships with the mining companies. They do not seem to realize that this way of doing business has vanished, never to return. Every box that makes a profit is offset the following month. Even if prices dropped, the moment the market woke up and the boxes were traded at a profit, prices would go up and the industry would once again be left without profit.

Large parts of the leadership of the mining companies are people that came to the diamond industry from other sectors. They were appointed to lead their companies to profitability, and it seems like they are doing quite well. However, these newcomers do not seem to understand why diamantaires sometimes buy knowing they are facing losses, or at least with the understanding that they will not make any profit. And for them, the situation is a unique opportunity to maximise their profits. These people are here for few years and then they leave; but we are here to stay.

The very word profit has become perverse. To cover the interest and operational costs is a dream and clients are going into debt at the bank in order to buy overpriced rough that has no relevance to the price of the resultant polished.

The main thing is that the balance sheets looks better (today, it’s all about the bottom line). Factory owners are standing in the face of a hopeless situation, and a worker who leaves is not coming back. Where is the responsibility?

I am calling on the mining companies CEOs, the decision makers and the price analysts – we have given you our trust and faith and our future is in your hands; do not misuse your power.

Demand for diamonds is falling around the world, lab-grown diamonds are here to stay and only you have the power to develop a system that will benefit everyone. We built this industry together over the years, but somewhere along the road you decided to continue the journey alone.

You need to ensure that the goods are profitable and not panic when boxes are traded profitably. Each side of the equation needs to take responsibility.

We are also facing a lack of leadership in the industry. What we need is responsibility, solidarity and long-term planning. Most of the strong players are Sightolders of one or more of the mining companies and, as such, they are not able to publicly speak out against the policies of these companies. Consequently, there is no strong leadership that can navigate the sector through the current storm.

One thing is clear, the current system is bankrupt.