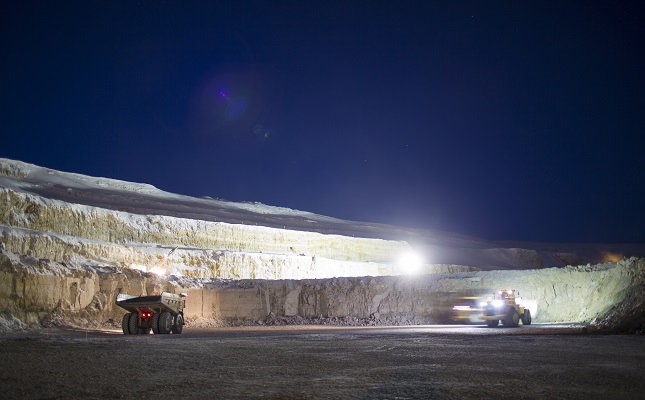 (IDEX Online) – An environmental group has filed a lawsuit against De Beers Canada, accusing the diamond miner of not reporting toxic levels of mercury and methylmercury at its Victor diamond mine in northern Ontario.

The Wildlands League claims that De Beers Canada did not report mercury levels from five of nine surface water monitoring stations for the creeks next to its open pit mine from 2009 to this year.

The group says this is an offense under the Ontario Water Resources Act. It alerted the province of Ontario and De Beers Canada to the failures more than a year-and-a-half ago.

"After months and months of silence from Ontario, we felt we had no choice but to file charges," said Trevor Hesselink, Wildlands League's director of policy and research.

De Beers Canada said it could not comment specifically on the allegations since they are before the court, but suggestions that its reporting on the issue for seven years were not accurate.

"Our reporting requirements were expanded to a more robust and comprehensive program when the mine began operations in mid‐2008," the Calgary-based company said.

The miner also said that mercury was naturally occurring and had been present in the region long before mine construction. Mercury is not used in the mining process, it added.

Ontario's ministry of environment and climate change said it had previously "provided direction" to De Beers Canada regarding monitoring and reporting requirements at the mine, Reuters reported.

"As a result, improvements were made to the 2016 reporting process," the ministry said in an emailed statement. It added that it has remained in close contact with De Beers to ensure the company follows all the conditions of its permits.

Methylmercury is created when mercury, a metal that poses health risks, is dissolved in freshwater and seawater.

The Victor mine is set to close in 2018 unless De Beers Canada, a unit of global diamond producer De Beers, proceeds with an expansion.