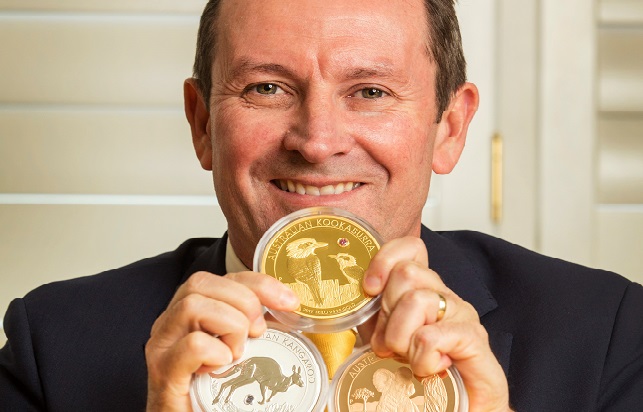 (IDEX Online) – Rio Tinto and The Perth Mint have showcased a A$1.8 million one-of-a-kind coin collection featuring three colored diamonds from the Argyle diamond mine.

Known as The Australian Trilogy, the beautiful collectable comprises three precious metal coins each hand crafted with a pink, purple pink and violet diamond unearthed from Rio Tinto’s Argyle Diamond Mine in the east Kimberley region of Western Australia.

Unveiled by the Premier of Western Australia, Mark McGowan, The Australian

Trilogy is issued as legal tender under the Australian Currency Act 1965.

The Perth Mint will only ever release one of The Australian Trilogy 2017 Collection.

Rio Tinto’s Argyle Diamond Mine produces virtually the world’s entire supply of rare pink diamonds, and yet less than 0.1 per cent of the diamonds produced by the Argyle mine are pink.