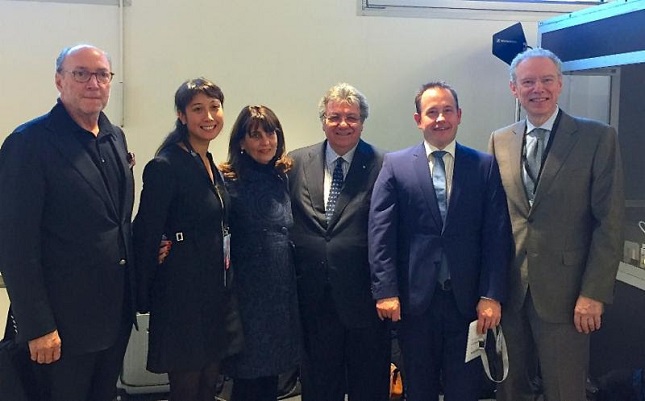 (IDEX Online) – The CIBJO European Jewellery Guild, a new body of leading associations from across the continent, has been formally established within the World Jewellery Confederation to advocate for the common interests of European based participants in the jewelry and gemstone industries.

It will also represent them in contacts with officials, departments and agencies of the European Commission, European Parliament and European Council.

The new body was created and held its inaugural meeting on September 23 at the VICENZAORO jewelry show in Vicenza, Italy. Among the organizations represented were Union Française de la Bijouterie, Joaillerie, Orfèvrerie de Pierres & des Perles (UFBJOPP), from France; the Antwerp World Diamond Centre (AWDC) and ARS NOBILIS, from Belgium; Confidustria and Assogemme, of Italy; BV Schmuck & Uhren and Fachvereinigung Edelmetalle, fom Germany; as well the safety and standards organization UL. UBOS from Switzerland and the National Association of Goldsmiths from the United Kingdom were represented by proxy. The meeting was chaired by CIBJO President Gaetano Cavalieri.

At the proposal of Cavalieri, the meeting officially approved the establishment of the CIBJO European Jewellery Guild, with the organizations represented at the meeting in Vicenza recognized as its founding members. All other associations and organizations operating in Europe that are already members of CIBJO will automatically become members of the new body.

The participants also unanimously approved Cavalieri's nominations of CIBJO European Jewellery Guild office holders. The president of the new body is Bernadette Pinet-Couq, Executive President of UFBJOPP, who has also served as chair of the European Jewellery Federation, which is a body uniting jewelry associations from France, Belgium, Italy and Portugal.

Pinet-Couq outlined the challenges facing the body. They include the lack of balance in tariffs between Europe and its primary jewelry trading partners, harmonizing the often widely divergent thresholds for cash payments between different countries within Europe, the establishment of a compulsory "Made in Europe" seal for jewelry produced in Europe, and addressing issues related to the introduction of recently passed conflict minerals legislation by the European Parliament.

"This is an important milestone for the European jewelry sector, and we are proud to have been able to play a role in facilitating the CIBJO European Jewellery Guild's creation," said Cavalieri. "It is clear that we have a significantly greater chance of addressing our position in Europe if we are united, speaking with a one clear voice. This is most definitely the case when interacting with the various branches of government in the European Union, not only in addressing the challenges that face us, but also in projecting our position as ethical business leaders, and as a major resource of prestige and export revenue."