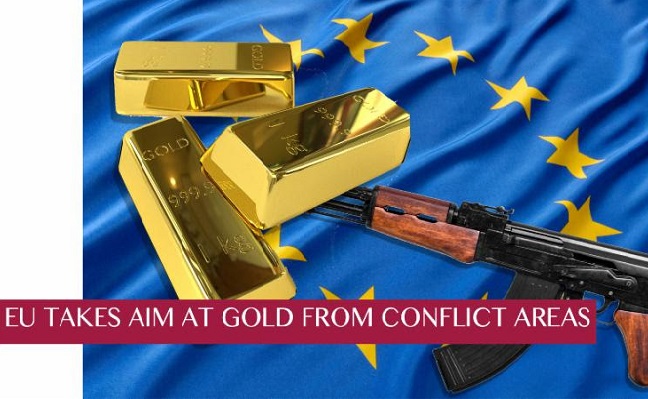 (IDEX Online) – With fewer than eight weeks to go to the opening of the 2017 CIBJO Congress in Bangkok, on November 5, the second of the CIBJO commissions' Special Reports has been released.

Prepared by CIBJO President Gaetano Cavalieri and Karina Ratzlaff, Vice President of the organization's Precious Metals Commission, the report focuses on the background and global impact of new legislation passed in the European Union, which is designed to eliminate the import of gold, tin, tantalum and tungsten that has been used to finance conflict, according to a CIBJO statement.

The EU measures become the second major conflict minerals regulatory regime impacting the international precious metals sector, joining Section 1508 of the United States' Dodd Frank Act, which also regulates gold and the 3Ts. But the European legislators took a different approach from Dodd Frank, in part to try and avoid the unintended consequences that resulted from the 2010 American law, which included what has been estimated to be up to 2 million artisanal miners in Africa's Great Lakes region losing their sources of income.

According to the new law, European importer of gold above a certain threshold will need to apply due diligence steps that must be consistent with the OECD Guidance or another diligence scheme approved by the European Commission. "The new EU regulations are indicative of the increasing prominence of the OECD Due Diligence Guidance for Responsible Supply Chains of Minerals from Conflict-Affected and High-Risk Areas, which rapidly becoming is becoming the standard bearer for multiple industries," the Special Report's authors wrote.

On September 24, CIBJO will present a high-level seminar for the European and international jewelry trade in Vicenza together with the Italian Exhibition Group (IEG) which will look at the new legislation and its impact, and presenting strategies for companies incorporate the new regulations in their businesses. Moderating the seminar is Philip Olden, a conflict minerals consultant to Signet Jewelers and the former managing director of the World Gold Council. He will head a blue-ribbon panel of experts representing the European Community, the OECD, precious metals and gemstone associations, leading standards organizations, auditors and responsible sourcing consultants.