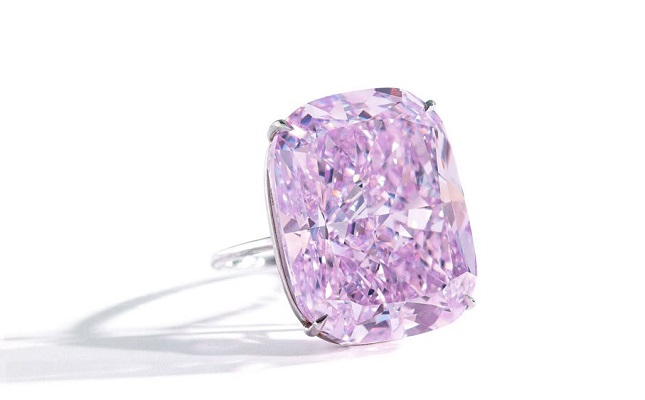 All the more interesting was the fact that several other major jewels also failed to sell, perhaps indicating a slowdown in demand for staggering jewelry items.

“Pieces must be exceptional to sell today at the same level as two years ago,” Eric Valdieu, a Geneva-based jewelry dealer formerly of Christie‘s, told Reuters after the auction.

The “Raj Pink” was not an easy stone to sell, he said. “It was a modern, recent stone and not a 10 out of 10 in terms of its color and form. It had no history,” Valdieu said.

Meanwhile, Tobias Kormind, managing director of 77Diamonds.com, Europe’s largest online diamond jeweler, said in a statement that Sotheby’s sale was not augur well for prices: “I‘m worried for the top end of the diamond market,” he wrote.

Among the other non-sellers was a blue diamond ring by jeweler Moussaieff where the top bid was 12.4 million Swiss francs, and a pair of yellow diamonds that once belonged to the German princely family of Von Donnersmarck and topped out at 7.8 million Swiss francs.

However, a world record was set when a Harry Winston fancy light pink diamond ring attracted the highest price for that category of stone at auction, Sotheby’s reported. A telephone bidder paid 12.6 million Swiss francs for the item.