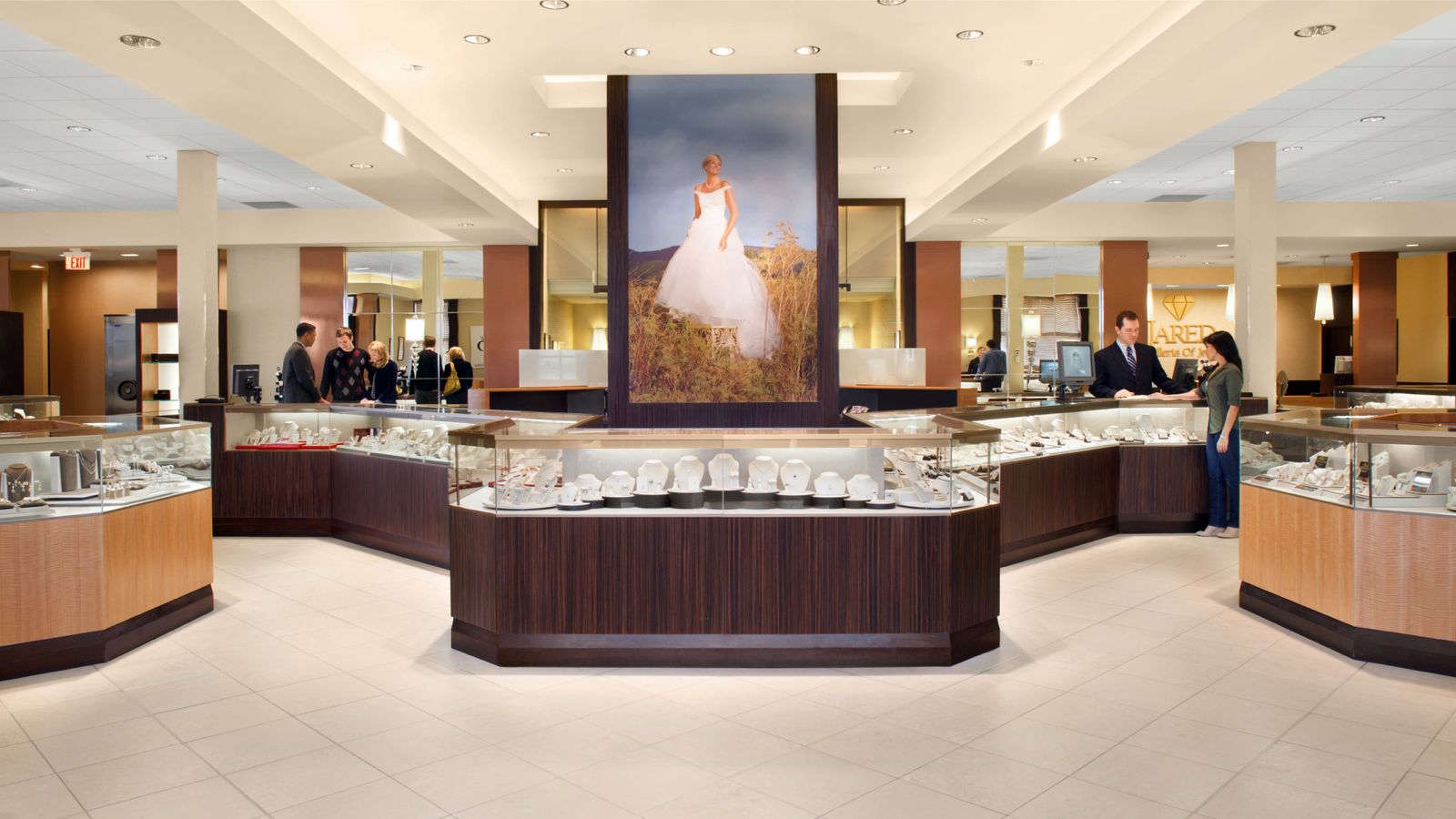 (IDEX Online) – Sales of fine jewelry and fine watches rose by 8.4 percent in the U.S. market in November 2017, when compared to the same month a year ago, as the graph below illustrates.

Sales were an estimated $8.2 billion, according to preliminary data from the U.S. Commerce Department. The November sales performance was higher than the figure for the month which came in at a 7.0 percent rise and was the highest monthly increase since the 9.1 percent figure recorded in May.

The sales rise in November was the same as the year-earlier month when the increase was also 8.4 percent. 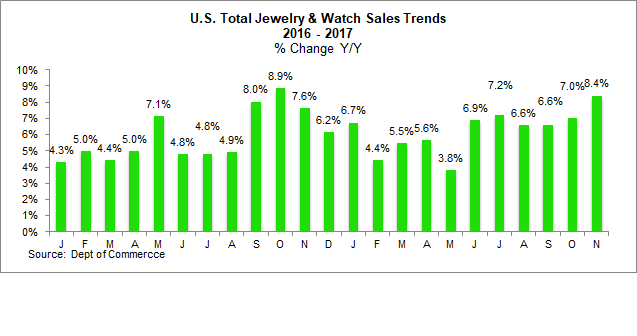 Our preliminary forecast for jewelry sales gains in the U.S. market for 2017 is a gain of at least four percent, year-over-year.